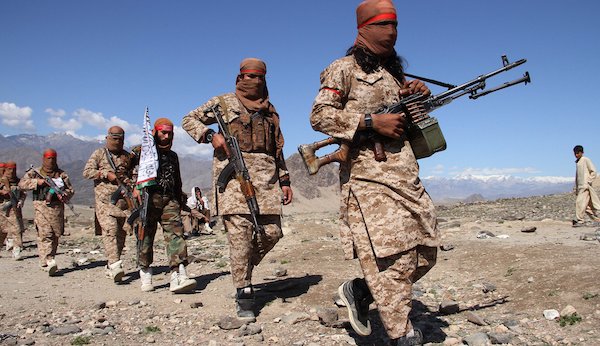 Despite its pledge to ensure the status quo regarding the entrenchment of women’s rights, the Taliban has reneged on its agreement, according to the United Nations.

This was disclosed by Michelle Bachelet, the UN High Commissioner for Human Rights during a council hearing in Geneva on Monday.

According to Bachelet, the Taliban is breaking promises it made about its treatment of women and house-to-house searches.

Ripples Nigeria had reported that the group seized power in Afghanistan which elicited a mass wave of emigrations from Afghanis who feared a return to the earlier iron-fisted rule in the 90s.

Bachelet told the Council in Geneva that Afghanistan was in a “new and perilous phase” after the Taliban overran the country and took control last month amid the U.S. troop withdrawal, raising concerns for women and individuals in ethnic and religious communities.

“In contradiction to assurances that the Taliban would uphold women’s rights, over the past three weeks, women have instead been progressively excluded from the public sphere,” Bachelet said.

This comment came in the aftermath of the formation of the new Taliban cabinet last week, which included a number of hard-line leaders from its reign in the 1990s, but no women.

Bachelet expressed concern with the makeup of the government, recognizing the lack of women and the large influence it has from ethnic Pashtun.

Additionally, Bachelet said that girls older than 12 years old in some places have been blocked from schools and instructed to remain at home, actions that harken back to the Taliban’s harsh rule in Afghanistan in the late 1990s before the U.S. invaded the country and overthrew the regime.

However, the Taliban’s new minister of higher education, Abdul Baqi Haqqani, on Sunday, said that women in Afghanistan will be permitted to study in gender-segregated university classrooms.

Haqqani also said the women will be required to abide by a strict dress code which includes hijabs.

Biden is a disaster, I will have no choice but to rescue America in 2024 -Trump