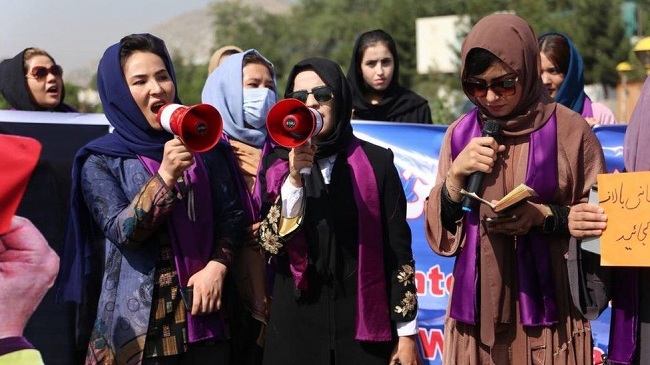 The Taliban forces in Afghanistan on Saturday broke up a protest staged by women groups in the country’s capital, Kabul.

The protest was aimed at calling for equal rights in the capital.

Eyewitnesses told journalists that as the women peacefully marched through the Afghan capital for the second day in a row on Saturday to demand their freedoms under the new Islamist regime, the Taliban moved in to break up the protests and fired shots and teargas into the air to disperse them.

The militants claimed the protest could result in a widespread breakdown of order.

The demonstrations began peacefully on Friday, with a number of women laying a wreath outside the Defence Ministry in honour of Afghan soldiers who died fighting the Taliban.

“But as their shouts became louder, Taliban fighters waded into the crowds to ask what the women wanted,” witnesses told journalists.