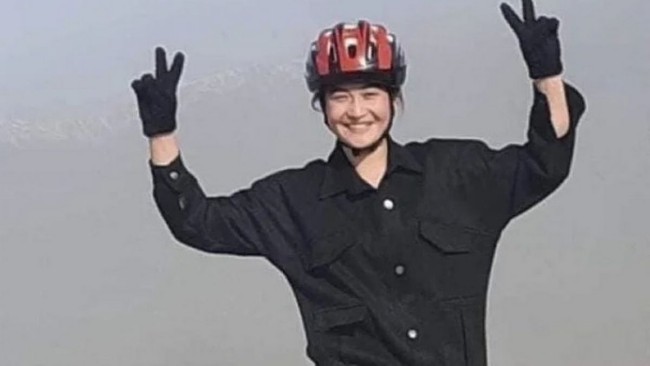 The Taliban has reportedly executed a young female volleyball player while uploading photos of her beheaded body on social media.

Mahjabin Hakimi, a highly-rated player with the Kabul Municipality Volleyball Club, was slaughtered by jihadists, according to a statement issued by her former coach Suraya Afzali on Friday.

He made this claim during an interview with The Persian Independent, accusing the fundamentalists of sharing images of her corpse online.

The girl’s death, which occurred earlier this month, is only now being reported because the coach claims the family was subjected to threats from Islamist militants if they spoke out.

The Taliban does not allow women to play sport under their rule, and since taking control made it clear that it was a punishable offence to take part.

Afzali said the deceased was captured having failed to escape Afghanistan after the collapse of the previous government.

But conflicting reports on social media said she had been mysteriously killed a week before the Taliban returned to power.

“All the players of the volleyball team and the rest of the women athletes are in a bad situation and they are in despair and live in fear,” he said in the interview.

“Everyone has been forced to flee and live in unknown places.”

The new Taliban government was formed earlier this year, with women excluded.

A spokesperson for the group says they should restrict themselves to ‘giving birth’ – and steer clear of politics and sport.

According to an official in the hardline Islamist group, women won’t be allowed to ‘expose them or their bodies to the media’ by taking part in matches.

The deputy head of the Taliban’s cultural commission, Ahamdullah Wasiq said women’s sport was considered neither appropriate – or necessary.

“I don’t think women will be allowed to play cricket because it is not necessary that women should play cricket,” Wasiq said.

“In cricket, they might face a situation where their face and body will not be covered.

“Islam does not allow women to be seen like this.

“It is the media era, and there will be photos and videos, and then people watch it. Islam and the Islamic Emirate do not allow women to play cricket or play the kind of sports where they get exposed.”

Related Topics:AfghanistanTalibanVolleyball player
Up Next