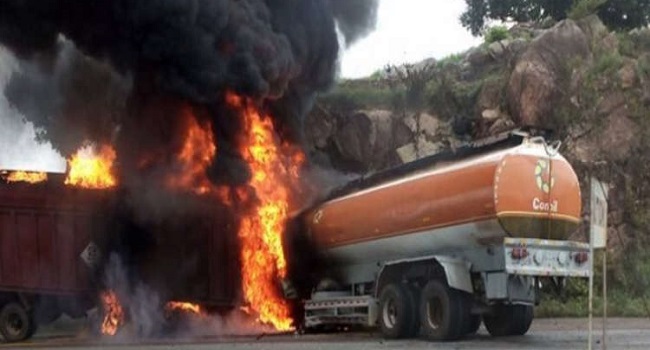 Not less than 11 people have been confirmed dead, with several others injured after a tanker exploded along the Gombe Biu bypass on Saturday.

According to witnesses, the accident occurred when a fully loaded petrol tanker seemed to have had a brake failure and rammed into a truck loaded with bottles water crushing two motorcycles and two tricycles.

Some of the victims were reportedly burnt beyond recognition.

Meanwhile, the Nigeria Union of Petroleum and Natural Gas Workers (NUPENG) on Saturday, called on Nigerians to stop panic buying of petrol and diesel as there was enough of the products in circulation.

Tayo Aboyeji, the NUPENG’s southwest chairman, made the call in an interview with journalists in Lagos.