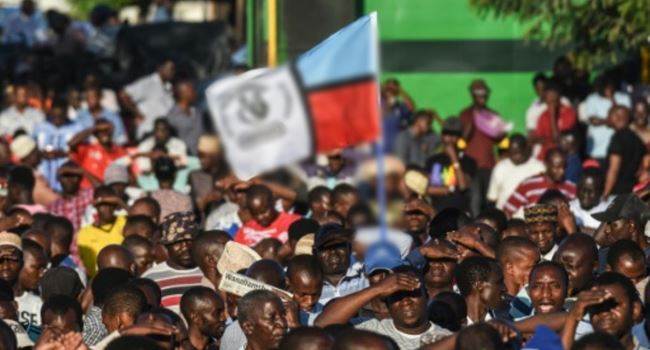 The two main opposition parties in Tanzania are alleging widespread fraud during Wednesday’s presidential election and have thus called for street protests.

The allegations were made in a joint statement issued on Saturday by the CHADEMA and ACT Wazalendo parties which came hours after President John Magufuli was declared the winner for a second five-year term.

“What happened on October 28 was not an election but a butchering of democracy,” CHADEMA chairman Freeman Mbowe told reporters, asserting that more than 20 people were killed during the election.

“We demand the election repeated with immediate effect and the dissolving of the national electoral commission,” Mbowe added.

He alleged widespread irregularities before and during the vote in the East African nation, including rejection of thousands of election observers, a considerable slowdown in the internet speed and affecting text messaging services and ballot-box stuffing.

‘Radical Islam’ is a threat to all people, especially Muslims –Macron