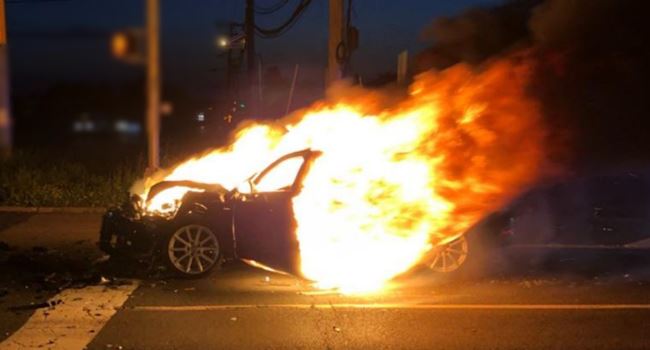 The priest was also set ablaze in his car after he was murdered by the assailants.

It was gathered that the cleric was on his way to Takum for a peace meeting with his fellow clergymen on how to resolve the lingering Tiv, Jukun crisis when he was waylaid and killed.

The chairman of the council, Shiban Tikari who confirmed the incident to newsmen said the bandits after killing him, also set him ablaze with his car.

Tikari who said that the deceased hails from Wukari Local Government Area of the state alleged that the attack was carried out by Tiv militias.

He also lamented everal other attacks that have claimed lives and property in southern Taraba, stressing that the reason for the attacks is still unknown.

The spokesperson of police in the state, David Misal, could not be reached as at press time.

Recall that Taraba has witnessed series of attacks lately with the most recent one in Wukari local government areas of the state. Two persons were killed while a police officer was injured in the attack.

In neighbouring Donga Local Government Area (LGA), a student of ECWA Seminary School, was in the early hours of Wednesday killed on his farm.