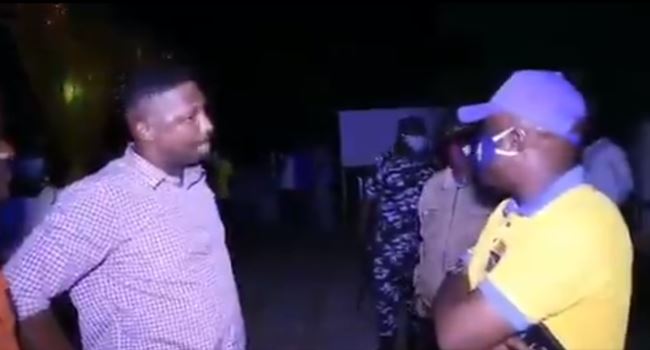 According to reports, some of those arrested were said to have impersonated army officers.

The violators, who were reportedly arrested at Kubwa and Dutse Alhaji Districts of the FCT are to be arraigned before the Mobile Court.

At Second Gate, Dutse-Alhaji, the team accosted the operator of a drinking bar who claimed to be a soldier but upon interrogation he admitted that he lied in order to evade arrest, adding that he is a Chef who closes late from work and not military personnel as claimed.

Also at Dutse Makaranta, the team shut a beer parlour which was fully in operation few minutes after 10pm.

The manager of the place was said to have claimed that the bar is owned by a serving Major in the Nigerian Army, and that they decided to operate into the curfew hours because of the occupation of the owner.

The Chairman of the Task Team, Ikharo Attah, while addressing journalists after the night operation, noted that the compliance level in Kubwa and Dutse area is very high.

“Unlike Lugbe where we went few days ago, most of the known nightclubs and bars in Kubwa and Dutse-Alhaji are closed. Vehicular movement is very few and made up largely of those on the exemption list.

“The level at which some residents of Dutse Alhaji and Makaranta parade themselves as military personnel even when they are not.

“The Chef claimed to be a soldier while the beer parlour Manager said the place belongs to a Major in the Army. This must stop forthwith. People should not drag the name and image of the military in the mud.

“Despite the high level of compliance in these areas, very few persons still seem not to fully understand the purpose of the curfew. Imagine the lady we met who claimed she was going to visit her friend after 9pm during the curfew. Also surprising this night were the two bricklayers we caught who were returning from Bauchi state despite the interstate travel ban and were going home to Bwari town. We still keep appealing to other Enforcement officers across the country to close ranks and halt the interstate travelling which seems to be going on massively despite the Presidential ban.”

Related Topics:COVID-19fcttask force
Up Next