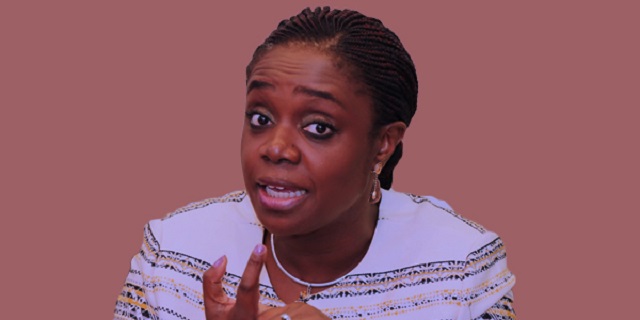 The Minister of Finance, Kemi Adeosun, has said all Ministries, Departments and Agencies (MDAs) of the Federal Government and the Federal Inland Revenue Service (FIRS) are to authenticate all Tax Clearance Certificates (TCCs) by contractors before making any payment.

In a statement released on Tuesday and signed by the minister’s spokesperson, Oluyinka Akintunde, Adesoun said the directive was in response to the proliferation of forged certificates.

According to the statement, the forged tax clearance certificates were purportedly issued prior to the introduction of the automated certificates on August 22, 2017.

For TCCs issued before 22nd Aug, 2017, the minister advised the MDAs and other stakeholders to forward a list of the companies and photocopies of the TCCs to FIRS for authentication, adding that FIRS has undertaken to verify the TCCs within 72 hours of receipt.

“The now-outdated manual system allowed production of forged TCCs. Companies/Individuals in doubt as to authenticity of their TCCs are advised to take advantage of the Voluntary Assets and Income Declaration Scheme (VAIDS) to regularise,” it added.

In January 2018, the ministry directed contractors to display their Tax Identification Numbers (TINs) on their invoices before payments are effected.

The ministry noted that the non-presentation of a TIN by the contractors largely contributed to leakages in revenue remittances, particularly Value Added Tax (VAT) and Withholding Tax (WHT).