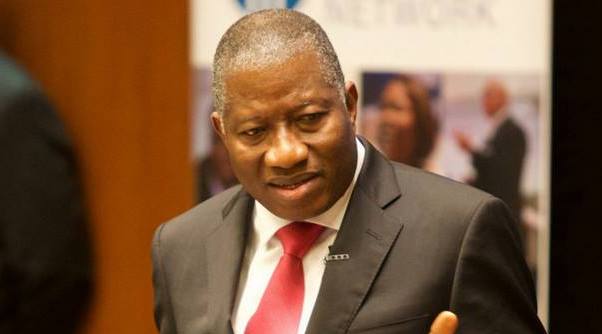 Former President Goodluck Jonathan on Sunday expressed sadness over the death of the Founder of the Synagogue Church of All Nations (SCoAN), Prophet Temitope Joshua, aka TB Joshua.

In a message of condolence to the family of the deceased and the church congregation signed by his Special Adviser on Media, Ikechukwu Eze, the ex-President described the late Joshua as a devout man of God, who served God and humanity with relentless passion during his life.

He said the SCoAN founder impacted millions of lives across Nigeria and the world.

Jonathan said that he was shocked to hear the news of TB Joshua’s death at the young age of 57.

He said: “TB Joshua was a devout man of God who served God and humanity with relentless passion.

READ ALSO: Notable people who have been attracted by the mystery behind TB Joshua

“He was a man of sound doctrine, meek and faithful to his call and passion of reconciling men to God and offering hope to humanity.

“As a Christian leader, TB Joshua and his ministry exemplified Christ in faith, love and charity; positively impacting the lives of many Nigerians, Africans and millions of people across the world.

“I condole with his family, his church, and millions of his followers across the world. May God grant them peace and strength to cope with this loss.”

The former President also prayed God to grant millions of Joshua’s followers across the world the strength to cope with his exit.

Related Topics:JonathanTB Joshua
Up Next