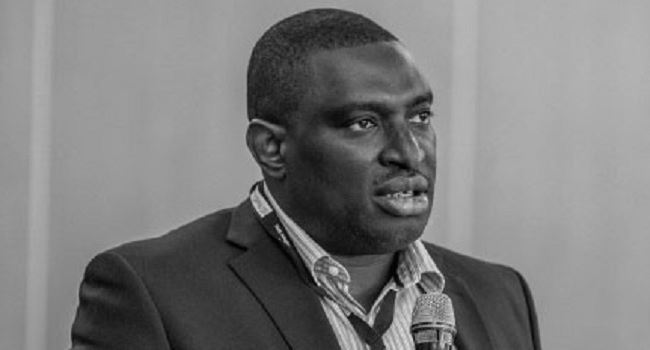 Asemota said things that are taken for granted in Nigeria can’t be accepted outside the country. His comment comes days after NITDA fined lending app, Soko Loan, N10 million for breach of privacy.

Aside the fine, NITDA also plans to institute a lawsuit against Soko Loan management for their role, as the government agency said the company ignored its warning.

The fine had raised the issue of privacy policies of Nigerian Fintech companies who offer their services in exchange for data collection, in some cases, without users knowledge.

NITDA had received hundreds of complaints against Soko Loan, as users accused the company of sending damaging messages to their contacts without their consent.

In a statement Asemota made on Twitter, on Monday, he said NITDA had barely scratched the surpass, “I am beginning to think that people believe that open data and open banking means getting people’s data without permission.

Asemota, a venture capitalist who focuses on early-stage technology companies, and mentor startup founders through African Diaspora Mentorship and Investment Network, which he co-founded, said “By the time people become self-aware of the dangers of privacy violations, many startups will pack up.”

He cited an instance when the founder of streaming firm, IrokoTV, Jason Njoku, enquired about Fintech privacy policies from a founder during an event, but the question was dodged.

Asemota added that, “As much as I believe NITDA is high handed and the ministry has an agenda, if they really do their work properly when it comes to privacy, many startups will find that they haven’t even started.

“Many of the things we do and take for granted can’t be accepted outside our countries.”

Ripples Nigeria understands NITDA plans to continue its investigation in the lending app market, as the government agency has also received complaints against 9Credit and Palmcredit.

The regulator said after announcing its fine on Soko Loan, reports of privacy breach by other loan apps poured in, and it plans to investigate 9Credit and Palmcredit.