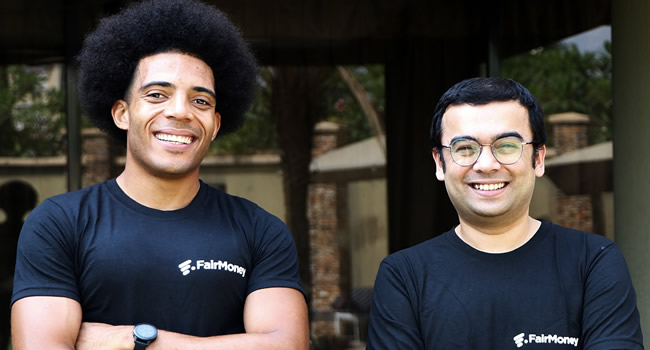 Since the Central Bank of Nigeria (CBN) issued the policy banning cryptocurrencies in Nigeria, most international tech companies have been exercising caution in dealing with Nigeria as its economic policies threaten their various business models.

Barely two weeks after the Twitter development where its announced intent to build its African headquarters in Ghana, American tech giant Amazon has, this week, toed the line, choosing to build its office in South Africa, instead of Nigeria.

Also, during the week, we tracked a novel development around agriculture where a Nigeria startup is said to host a bootcamp for farmers and agric-enthusiasts.
Below is a digest for the week, highlighting the major tech build up for Nigeria.

From Nigeria to India

Building on its success in Nigeria, FairMoney, Nigeria-based digital bank, has launched its venture in India.
The move comes as the startup seeks to expand into other emerging markets.
FairMoney was founded by Laurin Hainy, Nico Berthozat and Matthieu Gendreau with the aim to give underbanked people access to digital financial services.

During the week, American e-commerce king, Amazon, revealed plans to build its venture headquarters in Cape Town, South Africa, explaining that the decision was to contribute to the development of the economy.
Recall that this comes barely two weeks after Twitter picked Ghana as preferred site to have its African headquarters built.
The American company stated that the development design intends to create a 150,000 sqm2 mixed-use space, divided into commercial and housing uses across two precincts.

On opportunities for Nigerians, USAID/Nigeria launched a new scheme to support Agrictech startups in the country.
The organisation explained that the scheme was formulated in a bid to help Nigeria combat the current food security crisis that was compounded by the COVID-19 global pandemic.
Through its Feed the Future initiative, USAID/Nigeria is seeking to partner with youth-led companies and mid-stage companies that are already working in food production, processing, and/or distribution.

Hosting a bootcamp for farmers might sound completely novel, especially in this part of the world where agriculture has been relegated to the old generation and destitutes.
However, a Lagos-based agritech startup, Greenbles, has committed itself to launched a bootcamp to improve farmers’ skills across the country while encouraging youngsters to tap into the opportunities presented by agriculture.
Looking to host the programme, the startup stated that it had studied the trend in Nigeria and observed some shortcomings compared to international standards. For this reason, it is looking to help more people enjoy farming by learning from experts.

Also during the week, Okra, Nigerian fintech startup, raised $3.5 million in seed funding round to expand its data infrastructure across the country.
The startup operates as an Open Finance platform enabling businesses and developers to build personalised digital services and financial products for customers.
Okra’s API creates a secure portal and process to exchange real-time financial information between customers, applications and banks.

Nigeria, alongside other African countries, stand a chance to benefit from new support funds from Japan. During the week, Japan-based VC secured $18.4m to support African startups.
The fund, which has been described as oversubscribed, is the Samurai Africa 2nd General Partnership fund incorporated by the VC.
Analysts who commented on the development described it as an encouraging move, especially coming from an organisation that only launched three years ago, and has gone forward to design and manage six funds in Japan, through which it has backed around 130 startups.