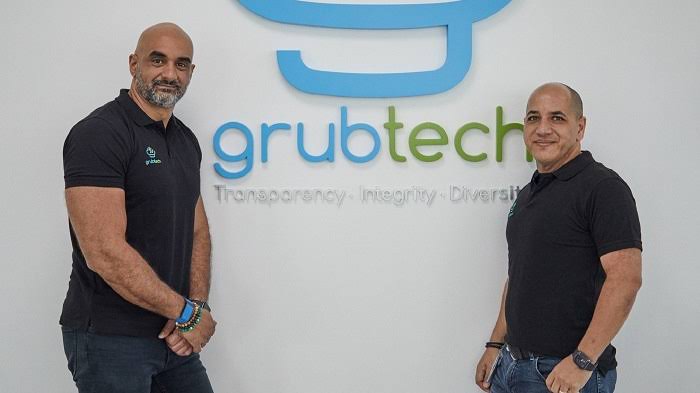 Humansquad, bamboo, Amazon, Grubtech, Ayoken, Betastore, Constant Ventures. These are some of the names that made the headlines this week.

The mission to advance tech adaptation in Nigeria continues with real estate firm, bamboo, unveiling plans to build a tech-powered residency, Silicon Delta, during the week.

The CEO, Oseyomon Ighodaloh, confirmed the development in a statement on Friday.

Described as Nigeria’s first smart city, Silicon Delta will be fully-powered by technology – as the firm seeks to develop acquired landed-property into smart, green city where innovative and creative minds can live, work, play and create.

According to Oseyomon, the project was consummated in a bid to solve the challenge of lack and shortage of quality and conducive accommodation that has led many to leave the shores of the country in search of an environment that works and supports their ideas and businesses.

More money to develop products in the hands of game founders.

During the week, a dark-fantasy Play-and-Earn game maker, The Red Village, announced securing a $6.5 million seed round.

The company confirmed the raiser in a series of tweets via its Twitter handle on Friday.

At least 20 venture capitals took part in the seed round led by Animoca Brands and GameFi Ventures.

According to the game maker, the fund will help the company boost its first immersive and dark-fantasy gaming ecosystem.

The company’s Co-founder and CEO, Tunde Omotoye, who confirmed the development in a statement on Friday, said that the fund would help the startup boost its development of proprietary immigration tech products.

HumanSquad, which is an immigration tech company, connects immigrants to resources, products, and customized support.

The Canada-based startup was founded by Tunde Omotoye (CEO) and Temilola Adebayo (COO & Head of Storytelling) in 2020.

Shocking that Amazon is folding up one of its organs as news announced during the week.

According to reports from mainstream media, American multinational technology company, Amazon, will shut down its Kindle store in China.

The development means Kindle users will not be able to buy online books in the country.

A statement by Amazon on Chinese social media platform, Weibo, disclosed the latest development on Friday.

The Seattle-based firm, which is a multinational company, focuses on e-commerce, cloud computing, digital streaming, and artificial intelligence.

A UAE-based foodtech startup, Grubtech, during the week, announced launching a new office to start operating from Egypt.

Mohamed Al-Fayed, Co-Founder and CEO of Grubtech, confirmed the latest expansion in a statement seen by Ripples Nigeria on Friday.

Initially based in the UAE, Grubtech digitizes the back-end operations of restaurants and cloud kitchens.

The new expansion will add to markets of the startup as it already has footprints in Sri Lanka, Turkey, and the UAE with service clients in 17 countries.

Michelle DeLaune, President and CEO at the National Center for Missing & Exploited Children, confirmed the development in a Meta blog post.

According to Michelle, once the AMBER Alert is activated by law enforcement, users in the designated search area will see the notification on their Instagram feed.

Ripples Nigeria gathered that the new feature was developed in partnership with several children-focused organization.

Dogu Taskiran, CEO, Orderinbox, confirmed the partnership on Thursday in a statement seen by Ripples Nigeria.

Orderinbox, according to local media, is a multi-chain, multi-lingual NFT marketplace that helps creators build their fan bases, explore collaborative opportunities, and build strong peer relationships all within the platform.

Instant messaging app, Whatsapp, is testing a new function that will allow users to edit an already sent message in its beta version.

The new development was disclosed on wabetainfo, a blog dedicated to tracking changes and updates on WhatsApp.

The new development will allow users on the messaging app more control over their chats as sent messages can now be modified or deleted after it has been sent.

Ripples Nigeria gathered that the ‘Edit text message’ button which is still under development is already in use by sister app Facebook and other social messaging apps.

Ayoken founder and CEO, Joshua King, confirmed the latest funding in a statement seen by Ripples Nigeria on Tuesday.

Launched in 2022 by Joshua King, the startup has offices in London and Lagos.

In a similar development, Nigerian B2B e-commerce and supply chain management startup, Betastore, has secured a $2.5 million in pre-series A funding from 500 Global, VestedWorld, and Loyal VC.

Betastore CEO and co-founder, Steve Dakayi-Kamga, disclosed the latest funding in a statement on Monday.

BetaStore, according to Steve, helps informal retailers get better access to goods at a wholesale price and delivers to their stores.

Founded by Leo-Armel Tchoudjang and Steve Dakayi-Kamga in 2020, the logistics and BNPL platform also provides working capital support for retailers.

A Lagos-based early stage and growth stage venture capital firm, Constant Ventures, has, during the week, announced plans to raise $100 million as it seeks to invest into technology startups across West Africa.

The new development was confirmed by Ike Echeruo, Chairman of Constant Group, and co-founder and Managing Partner of Constant Ventures.

Founded in 2020 by Chinedu Echeruo, and Ike Echeruo, the Nigerian startup invests in startups and growth-stage companies.

Ike, while announcing the funding round, said the fund will be used to boost startups across Africa.

Nigeria’s Indicina secures $3m seed round led by Target Global. 2 other stories and a trivia