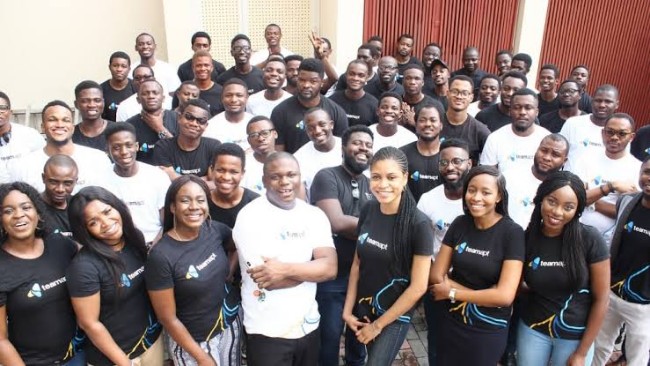 Omnibiz, B.TECH, Koolboks, UNDP, iProcure, Remitly Global, Pastel, Homefarm. These are some of the names that made the headlines in the tech ecosystem this week.

A Lagos-based B2B e-commerce and retail platform, Omnibiz, on Friday closed a $15 million pre-Series A round in debt and equity funding.

First on the list this week is the story of Omnibiz, a Lagos-based B2B e-commerce and retail platform.

During the week, Omnibiz closed a $15 million pre-Series A round in debt and equity funding, courting the attention of the tech community.

What you should know: Cofounder, Deepanker Rustagi, confirmed the development in a media release, noting that the new funding round is $5 million equity and $10 million debt led by Timon Capital.

Up next is the story of an Egyptian consumer electronics retailer company, B.TECH, where it officially launched its new omnichannel platform, deel.

Dr. Mahmoud Khattab, CEO of B.TECH, confirmed the new launch in a press release on Friday.

What you should know: The new channel offers merchants the full spectrum of services to ensure efficiency and transparency while helping merchants start and further grow their businesses.

Moving on on the line-up, during the wee, we covered the fundraiser story of Paris-based and Africa-focused startup, Koolboks.

What you should know: Acumen, Blue Earth Capital, All On, GSMA, and other investors participated in the funding round.

Read also:Lagos-based startup, Omnibiz, secures $15m pre-Series A round. 2 other stories and a trivia

Beyond fund raiser stories, we also reported that the United Nations Development Programme (UNDP) was set to launch a $1bn initiative, Timbuktoo, to mobilize and accelerate new startups in Africa.

The development was confirmed on UNDP’s official Twitter handle @UNDPAfrica seen by Ripples Nigeria on Thursday.

What you should know: The $1 billion from public and private capital will be geared toward the goal in the next 10 years.

Far away in East Africa, Kenyan B2B agtech startup, iProcure, during the week, secured $10.2 million in series B funding to expand footprints in Kenya and Uganda.

iProcure co-founder and chief data and growth officer, Stefano Carcoforo, confirmed the development, on Thursday in a media release.

What you should know: The latest round includes $1.2 million in debt, which was led by Investisseurs & Partenaires (I&P).

Another story of interest, during the week, was the acquisition story of US-based mobile payments service, Remitly Global.

According to Kayode Hamsat, the startup entered into agreement to acquire Rewire, an Israeli fintech startup.

What you should know: The terms of the agreement of the acquisition will cost Remitly approximately $80 million in a mix of cash and stock.

Back home, we saw the news of Nigerian bookkeeping and digital platform for merchants, Pastel, after securing a seed raise of $5.5M led by pan-African venture capital firm TLcom Capital.

The new raiser was confirmed in a media release by Izunna Okonkwo, co-founder and chief growth officer (CGO) of Pastel.

What you should know: The digital bookkeeping company is building digital tools to unlock the potential of small businesses in developing countries.

PixelBlue, the parent company of Homefarm, disclosed the raiser in a media release on Monday.

What you should know: Homefarm is a fully automated indoor farm and farming-as-a-service with models that allow users grow their food.

Hamza Al-Ghatam, Co-founder and CEO of FACEKI, made the announcement in a press release seen by ripples Nigeria.

What you should know: Hamza Al-Ghatam cofounded the startup in 2020 with Dr. Mustafa Marhama and Nabeel Radhi.

Related Topics:#featuredTech nigeria
Up Next

Lagos-based startup, Omnibiz, secures $15m pre-Series A round. 2 other stories and a trivia