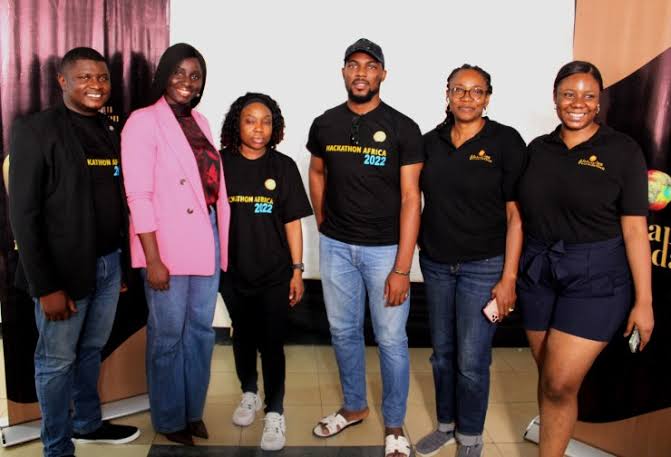 An event week, one where the Queen of England died at 96 after a long 70 year sovereignty. A week where for the first time in 70 years, the British royal family begin to address the supreme leader as His Majestic King.

Talking tech, TikTok, BusyMed, NowNow, Bboxx, Gravitee, Nestcoin, HackathonAfrica, JET Motor Company were some of the names that made the headlines in the tech ecosystem this week.

The Chief Executive Officer of ThinkWiFi, Janine Rebelo, confirmed the partnership in a statement seen by Ripples Nigeria on Friday.

What you should know: The TikTok Wifi hotspot pilot is expected to run for six months.

What you should know: E4E Africa is an entrepreneur-centric VC fund led by experienced entrepreneurs, aligned mentors and investors.

In the UK, the home of the late Queen, a local startup, Fly-Now-Pay-Later, entered into a partnership with receeve to scale venture and intensify customer engagement plans.

Receeve confirmed the partnership in a statement posted on its website on Friday.

What you should know: Receeve is a fully customisable and all-in-one platform for collections and recovery.

The CEO & Co-founder of NowNow, Sahir Berry, confirmed the new funding in a media release seen by Ripples Nigeria on Thursday.

What you should know: Launched in 2018, NowNow provides solutions to facilitate financial inclusion and job creation.

Another UK-based power company, Bboxx, during the week, announced the acquisition of pay-as-you-go solar company, PEG Africa, in a bid to expand its market footprint in Africa.

Mansoor Hamayun, CEO and co-founder of Bboxx, confirmed the acquisition in a press release seen by Ripples Nigeria on Thursday.

What you should know: Bboxx, founded in 2010 by co-founders Christopher Baker-Brian, Laurent Van Houcke, and Mansoor Hamayun, is a manufacturer of plug-and-play solar systems.

In France, we recorded one of the highest raiser for the week with France-based API company, Gravitee, closing a $30 million funding round led by Riverside Acceleration Capital with participation from Kreos Capital, AlbionVC, and Oxx.

Rory Blundell, cofounder at Gravitee confirmed the new funding on Thursday in a media statement.

What you should know: Gravitee is a startup building a tool for designing, securing, managing, and deploying APIs that support both asynchronous APIs and synchronous APIs.

What you should know: MVM is a distributor of mobile games in emerging regions and produces developer tools for game developers to make use of Web3 gaming’s burgeoning business models.

Empowerment meets tech as a US-based Pan-African organisation, AfricaPlan, shortlisted 20 graduates to participate in the first cohort of the 2022 HackathonAfrica program in Enugu State.

The founder, Oni Chukwu, confirmed the development in a press statement forwarded to Ripples Nigeria.

What you should know: 20 shortlisted candidates were drawn from a pool of 300 applicants who showed interest in the program.

Also, Tech Correspondent Ridwan Adelaja in an interview with the Chief Operating Officer Wemimo Osanipin of JET Motor Company took us through the realities in the Electric Vehicle market to mark the 2022 World EV Day.

The guest posited that a prosperous Nigeria required strategic investment towards de-carbonisation.

He further highlighted major milestones, challenges as well as role of the government in seeing EV adaptation flourish in Nigeria.