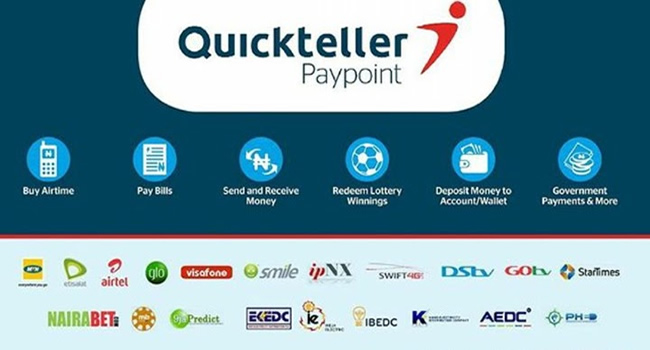 It’s Saturday, again. Welcome to your favourite tech update column.
Trust me to take you on a ride to catch up on all the developments you have probably missed during the busy week.
Did you hear about the Quickteller Business contest where the grand winner clinched 1 million naira as star prize? What aboutthe Twitter endorsement of Davido’s #Echoke slang? It was everywhere during the week.
Come, let me get you the details.

The winning was among the sensations of week for many reasons. One of which is the fact that a food business could displace other startup ideas that pitched before judges, especially those ones with tech high-impact solutions.
I can only join others to celebrate the team and wish them more successes ahead.

If I say “tech meets entertainment,” I am not wrong because that was what happened literally during the week.
Twitter pulled it’s weight behind Davido to customise an emoji for his #Echoke slang. The last time such time happened was during the #EndSars protest of October 2020.
It is understandable that the protest was a national thingy. But what do we make of this of Davido? You can say Nigerians are making massive waves and growth as technology continues tobe a global tool for all.
Whether the musician paid his way into this or was compensated for his influence in the music industry, it’s can only be another milestone for the Fem crooner.
Will his peers be intimidated? Such is life. Let’s move to a new opportunity window opening for Africans.

Someone once said foreign/international companies are doing more for Africans than their home governments.
Openings like this cannot only prove a point here. During the week, tech giant, Google, announced opening applications for the sixth class of its Google for Startups Accelerator Africa.
If you care to know what is in the opening, see highlights below:
To support African tech startups through their crucial growth phases is a three-month online programme;
To feature three intensive virtual training bootcamps, mentorship, and Google product support.
Why would anyone not want to vote these such companies again and again over our local companies? That’s not the topic for today.
So, guess what happened to Paystack?
Nigeria, Ghana and now South Africa

Remember our big brothers that proved to the world that tech in Nigeria is not only about cyber crime. I know you can’t forget so soon. A $200 million deal is a lifetime toast to prosperity.
The latest from that end is that their startup has launched operations in South Africa. And this is no jokes.
This means that the startup has officiallyentered one of Africa’s largest markets, South Africa.
This is 6 year oldPaystacktaking its venture to another 58 million population potential.
What about the controversial 5G and plans?

Nigeria has kickstarted drive to achieve full deployment of 5G in the country. No! This has nothing to do with the Corona virus as once promoted by some people.
The government opened the road with a signing of a Memorandum of Understanding (MoU) by the Nigerian Communications Commission (NCC) and the Nigerian Communication Satellite (NIGCOMSAT) Limited.
In case you still don’t know what 5G means and stand for, it’s simple: it is an advancement on today’s 4G technology.
The difference is that it provides a platform for new and emerging technologies such as the Internet of Things (IoT), Artificial Intelligence (AI), and Big Data to operate without rapture or hindrances.
Lastly, Nigeria welcomed another equity round worth $163k.

The funds have not stopped coming. It tells us how much trust is placed on ventures founded and managed by Nigerians.
During the week, we saw Nigeria’s social and video commerce platform, Rabawa, has jointed a list of venture that secured funding in May, 2021.
Quite unexpected for a new startup that only launched less than a year ago. Expected or unexpected, US$163,000 in funding is in the bank to help it scale its operations.
The startup simply allows resellers to leverage social media for curating, promoting, and selling products from manufacturers and distributors to end-users.
Are you thinking what I am thinking? Maybe we should collaborate on an idea to raise fund.

That will be all for the week. Take care and stay here for more updates.

Related Topics:davidoGoogleNigeriaPaystackQuicktellerrabawasouth africa
Up Next