Telling the greatest lie about the Igbo | Ripples Nigeria

Home » Graffiti » Telling the greatest lie about the Igbo 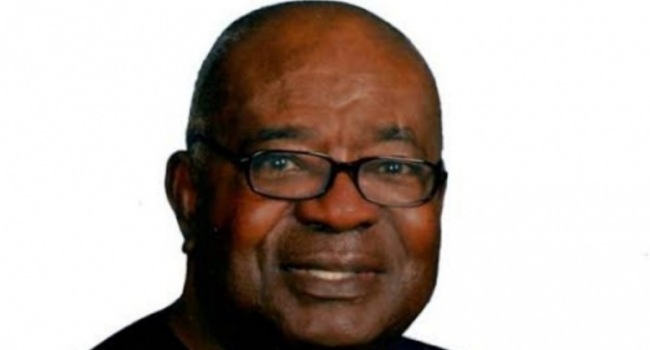 Mr Thomas Osuji wrote:
I am from Owerri; I think that Igbos behaviour has to do with our specific psychology. The Igbo is very competitive. He works for his self, not for the collectivity. He wants to succeed at all costs and does not care about other people. In Igbo society you are rewarded if you work hard and compete and succeed. If you fail you are considered a bush animal (anuohia), a no-body, so every person works hard to succeed and not pay attention to the rest of the people.

Mr. Osuji was born in Lagos, grew up in Lagos except for a few months spent in Owerri during the war. He went back to Lagos immediately after the war and went Lagos primary and high schools and from thence to USA. He probably lived in Igboland for a maximum of four years. And did not get any schooling (primary or secondary) in a school with majority Igbo pupils. And therefore very little street education.

His further studies has been mostly science with occasional dabbling in philosophy and religion. But no Igbo studies not even as a hobby.

Having not studied Igbo formally or indirectly by living and going to school with his peers, Mr. Osuji often uses his “common sense” to tell incredible stories about the Igbo. Common Sense can be very much misleading. There are many real things that do not conform to common sense. The concept of “Evil Forest” is one example, but more on this at a later paper.

The great lie in the Osuji’s thesis (extract above) is this:
In Igbo society you are rewarded if you work hard and compete and succeed. If you fail you are considered a bush animal (anuohia), a no-body, so every person works hard to succeed and not pay attention to the rest of the people.

It is true that the Igbo society encourages hard work and success and rewards people accordingly. But it is absolutely false that Igbo people do not pay attention to the rest of the people. The truth is that part of the measure of one’s success in Igbo land is “how much one contributes to the welfare of others”. Here are some proofs:

1. The first young people that went to secondary schools from my town and almost all other towns were sponsored by the Town Improvement Union.

3. Most of the first Igbo university students were sponsored by the town unions or by a wealthy brother, uncle, or cousin of nth degree separation.

Read also: This will not pass

4. A successful Igbo merchant in Kano would be expected to take with him many from the village to teach them how to succeed and after several years of apprenticeship will “settle” them. To settle here means give them capital to start on their own.

5. Everywhere you go to in Nigeria one would see clusters of Igbo from one SE town. If you probe further one would see the “Big Brother” that brought them there. This applies to all major cities around the world.

6. A common Igbo title name is “O chili O zua” one who gathers (people) and trains them.

7. Many of the pre-war secondary schools in Igboland were founded by town union. There were levies (taxes) imposed on all able residents (at home and abroad) to fund such projects. Not just schools but also hospitals and Town Halls. In some towns there are age grade projects. It is still going on even in USA and EU.

8. There is a negative side to this. The Igbo is likely to support another Igbo even when the support is not merited. Most corrupt politicians are supported because of their contributions to town projects even when the money comes from the constituent budgets and not from the politician’s pockets.

I suggest that Mr. Osuji should do a little research on Igbo people before accusing them of selfishness. It will help if he would join the prominent Imo Organizations that abound in most US cities or even Owerri town union. He will see the serious competition that goes on as towns try to fund development projects. Of course sometimes a crook gets hold of the fund and the project will not be completed.

The Igbo is one of the most patriotic nations in Nigeria. I can attest to that.