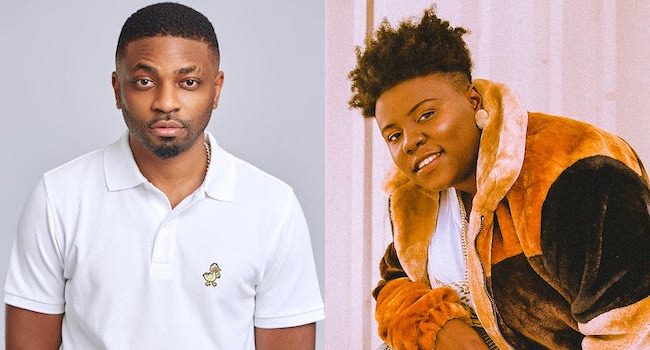 Nigerian recording artiste Teniola Apata better known as Teni has been involved in a clash with producer, Shizzi who accused her and her label of cheating him by reproducing her song, ‘Case’ without his consent.

According to the talented music producer Shizzi, Teni and her label gave their in-house producer the song, ‘Case’ even though he was the one that produced it from scratch. The altercation came about on Saturday afternoon.

Teni released the smash hit ‘Case’ in 2018 and it went on to become one of the bestselling songs in the country at the end of the year.

The song served as Teni’s breakthrough single into the mainstream market. Also, the song was released under her label, Dr Dolor Entertainment.

Specifically, the altercation started when Teni made a tweet about people who “use” others and Shizzi replied saying she was talking about herself as she double-crossed him on her song, Case.

Teni had written, “Users have no pity, they’ll use you and feel no remorse, don’t let that crown shift. Walk away.”

“Oh you don dey feel me?
Them don dey serve you breakfast already?
See who’s talking about users You, that took a song that I produced with you “Case” and you went and gave your in-house producer to reproduce it without my consent and you released the song and your guy “Nurse Dolor” endorsed it with no remorse till 2day.., you’re talking about users.. nah stop it!”

Read the conversation below: