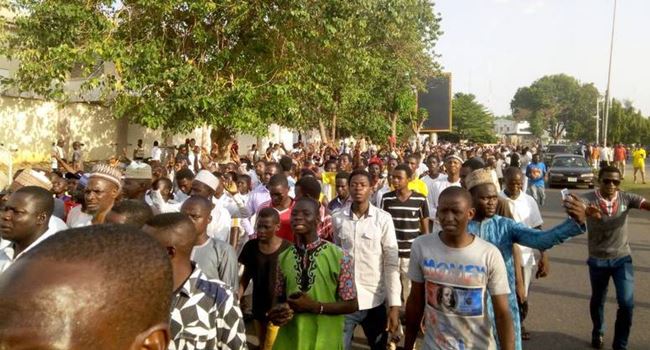 There is palpable tension in Abuja as members of the proscribed Islamic Movement in Nigeria (IMN) have vowed to continue their protests in the Federal Capital territory (FCT) on Saturday.

Reports said the shiite members would embark on the protest during their annual Arbaeen trek, which is in commemoration of the murder of Hussein, the grandson of Prophet Muhammad.

There were violent scenes recorded on Friday when police broke up a street protest by members of IMN, who thronged the streets to launch a fresh agitation for the release of their leader, Ibraheem El-Zakzaky, from detention.

The demonstrations got rowdy when police fired canisters of tear gas to disperse the procession on Sultan Abubakar Road in Wuse zone 2, Abuja.

El-Zakzaky has been in detention with his wife, Zeenat, since December 2015 following a bloody face- off between his followers and the convoy of the Chief of Army Staff, Lt- Gen. Tukur Buratai  in Zaria, Kaduna State.