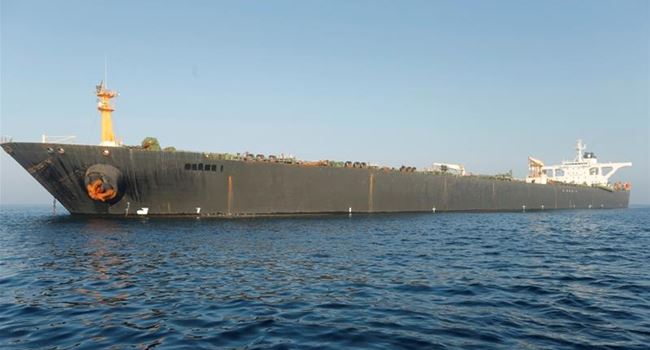 Fresh tension is brewing between the United States of America and Iran over a seized oil tanker belonging to the Asian nation which is carrying 2.1m barrels of oil and is currently being anchored and detained in the Strait of Gibraltar.

Reports say the US justice department has issued a warrant to seize the detained Iranian oil tanker, a day after a judge in Gibraltar ordered it to be released.

The warrant, issued by a US federal court in Washington on Friday, is addressed to “the United States Marshals Service and/or any other duly authorized law enforcement officer”.

“A network of front companies allegedly laundered millions of dollars in support of such shipments,” Federal prosecutor Jessie Liu said.

Iran had described the detention of Grace 1 an “illegal interception” after a last-minute legal attempt by the US to keep the tanker detained was rejected by Gibraltar on Thursday.

Although Iran claimed the ship had violated “international maritime rules”, the seizure of Stena Impero was widely believed to be an act of retaliation.