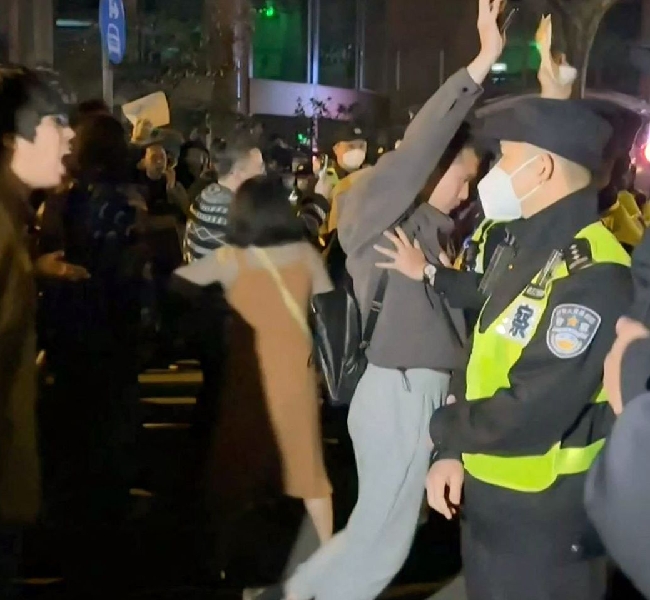 Diplomatic tensions have continued to rise between the United Kingdom and China following what the UK government called the “shocking’ treatment of a BBC journalist covering anti-lockdown protests in Shanghai.

According to reports, the journalist, Edward Lawrence, a cameraman, was beaten and kicked by police before being arrested during protests over Covid-19 measures in China on Sunday.

In a statement from Downing Street on Monday condemning the attack, Prime Minister Rishi Sunak declared the ‘golden era’ with China over.

“We recognise China poses a systemic challenge to our values and interests, a challenge that grows more acute as it moves towards even greater authoritarianism.

“Instead of listening to their people’s protests, the Chinese Government has chosen to crack down further, including by assaulting a BBC journalist”, Sunak said at the Lord Mayor’s Banquet in London.

“The media, and our parliamentarians, must be able to highlight these issues without sanction, including calling out abuses in Xinjiang, and the curtailment of freedom in Hong Kong,” Sunak added.

Also condemning the attack, Culture Secretary Michelle Donelan, said it was “shocking that cameraman Edward Lawrence was treated in such an appalling fashion after footage emerged on Sunday of him dragged away by police officers.”

“I’ve seen the footage and it’s absolutely shocking. We believe and I’m sure you believe in press freedom and the ability for the media to be able to report all over the globe and communicate what is actually happening on the ground.

“And that I believe is what this individual was trying to do, they were just trying to do their job. It’s quite shocking they were treated in such an appalling fashion and I wait the full details of that from the Chinese government,” she said.

Ex-President, who paved way for China as a super power, Jiang Zemin, dies at 96