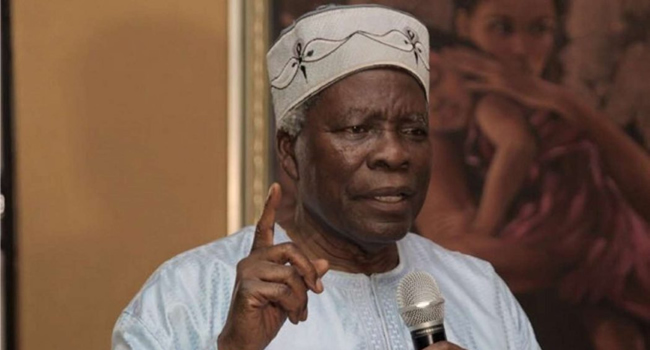 Prof. Banji Akintoye, a renowed historian has alerted governors in the South-West that the entire region has already been surrounded by terrorists.

Akintoye, a second republic senator and currently the leader of Ilana Omo Oodua, the umbrella body for Yoruba self-determination groups, informed the governors in a letter to them that the terrorists were ready to strike any moment from now.

He urged the government to begin to make moves to scuttle the planned attacks by the criminals, adding that the hoodlums had perfected plans to attack important places in order to wreck the economy of the region.

Akintoye in the statement also advised the General Overseer of the Redeemed Christian Church of God, Pastor Enoch Adeboye; Bishop David Oyedepo of Winners’ Chapel; and other church and Islamic leaders to protect their churches and mosques from being attacked.