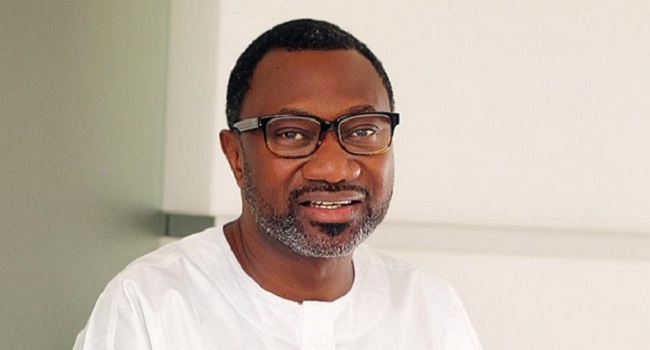 He has just dropped a whooping large cheque. The largest single individual donation in the history of the country, if not Africa. N5billion was what the amiable billionaire Femi Otedola just donated to charity for the displaced children of the North Eastern part of the country through a British Charity – Save the Children.

This action has thrown open a huge challenge to not only wealthy Nigerians but to all Nigerians that the time of sitting on the fence and wailing about a failed state with its infantile government is over. Femi, by this action, has thrown the gauntlet – if you have it, do it’

Now, let’s talk. We have witnessed a failing structure in leadership almost since independence. This failure has led us through a civil war, various coup d’états and malignant instability, throwing up a generation of leadership who seemingly appears rudderless as they attempt to grapple with the growing challenges of a growing city state. As a consequence, failing infrastructure, poor health delivery, a dying educational system has continued to be our lot.

Nigerians being what they are have taken advantage of the system. By passing structure and laws to cream from the decaying system. So, what we see is a great disparity in wealth distribution. A growing and extremely wealthy class who understand the system and a huge and equally phenomenally growing population that have been forgotten by the system. This has led to the largest conglomeration of poverty anywhere in the world.

Nigeria today, despite its wealth, is a basket case and I will not bore you with the indices or statistics which are everywhere to see. To me, the challenge is not of government. We are fond of railing against the government of the day, forgetting that the government is the people. Every Nigerian today out of frustration is a table analyst, throwing out imbecilic analysis as to the failure of the government and the system. Blaming all but himself on not only his situation but also the precarious state of the nation. Calling for a bloody revolt, the Jerry Rawlings type anarchy, being usually the most sought after. Poverty has made us very impatient that, two days after a new government, the knives are out and that is why we sometimes get a government that really does not care, daring us to do our worse.

This is why this N5billion donation is beginning to look like a fire of reawakening. Like the great man once told me in a brief chat, ‘ Let those who say they are wealthy come out and use their wealth’. It cannot be any simpler. Let the elites come out of their arrogant and selfish cocoon and begin to change society with their wealth.

Going about building arrogant cocoons around themselves and immediate families and wallowing in an ineffective security and convenience while all around them is a society that is going to the dogs can be quite amusing. So we have elitist enclaves, institutions and social infrastructure. Built form the wealth of individuals who, although benefitting from a broken-down system, still treat the system with criminal levity.

The fear of the system consuming them and their ilk is real as crime is of the highest levels anywhere in the world. The rise of the mob is definitely imminent as the frustrations that come from deprivation is real and striking.

Read Also: ATIKU: They gave him a false sense of hope

Mr. Otedola has unleashed a revolution. He has with this show of confidence in our society begun a movement that should see his colleagues stricken with the shame of a hedonistic shamelessness begin to have a rethink of their role in rebuilding the system.

The fruits of the Otedola revolution have even begun to bare immediate fruits. Already a group of right-thinking investment bankers have begun the slow but sure journey towards disrupting the educational system with its private sector driven N50b Education Fund. The idea is to create a social investment vehicle that will see it leveraging on the Stock Exchange to raise the sum and delver institutions that would not only crash the exorbitant school fees but also create globally competitive institutions open to all Nigerians.

The Fund would also impact on teacher training, empowering universities in a bid to galvanize the training and recertification of teachers and better positioning them through well packaged remuneration and incentives to provide their services. This is purely an inspiration drawn from the actions of Mr. Otedola even as we begin to look toward more of such.

It is no longer time to rail against the government. It is now time for action. We must take back this country, man for man. This generation owes it to the world.