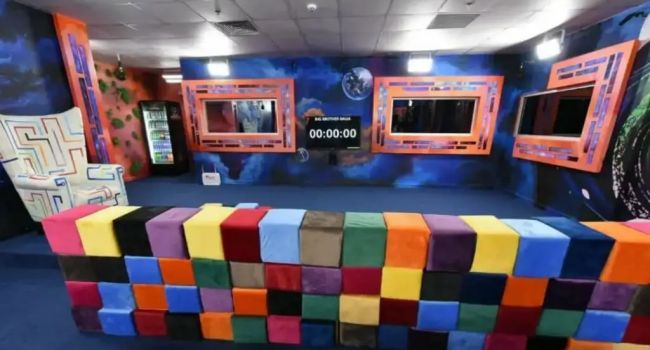 The Big Brother Naija Level Up competition has barely three weeks to go. The grand finale would be coming up on Sunday, October 2.

There are sixteen contestants remaining in the competition, including two riders- Chizzy and Rachael. This coming Sunday, at least two more contestants will be leaving the house. Some of the housemates who will be facing possible elimination include Phyna, Doyin, Bella, Chomzy, Eloswag and Bryann.

Bella, could not put herself together throughout the week as she was seen wrestling with her emotions.

She ended her relationship with her sweetheart, Sheggz then reunited with him barely 24 hours later before picking a fight with Rachael over food.

Perplexed about what Sunday has to offer, she said she wants to go home, however, she doesn’t want to leave her lover behind. Her doubts would be cleared on Sunday, only time would tell.

Here are some of the most pivotal moments from the 7th week of the ongoing Big Brother Naija Level Up competition.

On Wednesday night, the altercation between Sheggz and Rachael almost led to a fistfight. There was an exchange of heinous and unprintable names, derogatory remarks and an altercation that Biggie would definitely revisit probably on Sunday.

It all started when Rachael prepared beef and chicken stew and all housemates lined up to collect their food. Rachael dished chicken for Bella but she requested beef because she does not eat chicken.

Rachael then told her that beef was for housemates who worked in the kitchen but later gave her one.

Sheggz, Bella’s boyfriend, however, got upset, saying ”Rachel should not have given Bella chicken because she has stayed long enough in the house to know that she doesn’t eat chicken.”

He also said she was stupid.

Angered by the statement, Rachel insulted Sheggz and added that his generation is stupid.

Bella, therefore got angry and shoved the food at Rachel, and it poured on the dining.

This got other housemates upset because some of them had little food and they lost their wager hence not much supply in the house.

Watch the segment below.

Sheggz and Bella clash for the umpteenth time

For the umpteenth time this season, Sheggz and Bella got into a fight on Friday night.

Sheggz and Bella have been going back and forth in their ‘tiring’ relationship, which many have tagged toxic.

The reality stars’ unruly behaviour and superiority complex have made their relationship difficult.

Bella had bragged that she wouldn’t accept Sheggz back if she left the house. It was mentioned earlier that the model is up for possible eviction this coming Sunday.

Sheggz, who is known for his controlling behaviour, hit back at her.

The footballer claimed that if he leaves a relationship, he would do so with his full chest.

He further stated that Bella has never been with a guy like him before.

Angry with his statement, Bella stated that if she tells him he is mad, the whole world will hear of it.

Sheggz lashed back and told her she would never get the chance to.

This got Bella pissed as Sheggz has called her ‘mad’ countless times.

Despite the controversial nature of Bella and Sheggz’s relationship, netizens are still fascinated by their polarizing affection for one another.

Watch their recent altercation below.

‘An eye for eye’, Phyna says as she vows to continually nominate Adekunle, Hermes for eviction

Phyna, one of the most popular BBNaija Level Up contestants during a diary room session with Biggie on Tuesday night revealed she is prepared to see Adekunle and Hermes get eliminated from the competition due to their previous actions.

The Edo state-born hype woman mentioned that she is out to seek revenge after both housemates previously nominated her for eviction alongside other members of the now defunct BBNaija Level 2 or Trenches apartment.

It is important to note that Phyna on Monday was nominated for possible eviction this coming Sunday.

This would be the third time Phyna, one of the season’s top contestants, would be appearing on the eviction nomination list (excluding general nomination).

Speaking during an interactive session with Biggie, Phyna mentioned that she is prepared to see Adekunle and Hermes leave the house due to how she was constantly nominated in the earlier weeks of the competition.

Interestingly, Phyna stated that she would have nominated Hermes, however, since he is the current Head of the house, he cannot be put up for eviction due to the privileges that come with his position.

She added that she instead selected his ‘girlfriend’, Allysyn as his replacement so as to maintain her animosity towards him.

She mentioned that she would continue to nominate them until the end of the season.

Listen to her session with Biggie below.

Eliminated fake housemate, Deji explains disgusting things he had to do while in the house

Deji, a fake contestant, was removed from the show on Sunday. He was unexpectedly called out by the show convener, Ebuka Obi-Uchendu.

In a viral clip of Showmax’s vodcast with former Big Brother Naija housemate Elozonam, Deji recalled the one time Big Brother instructed him to request to be moved to the level two house.

Deji had this to say;

“All the tasks I was given by Big Brother, I actually executed properly. I remember that there was nothing to complain about so the restroom was so clean and what I did was I went there to pee on the floor, on the toilet seats,” Deji shared on how he tried to create chaos in the level one house.

“Another one was the kitchen was clean so I had to mess up some plates then put it there and started shouting. I just feel like all in all, I feel like I executed it well.”

Daniella during a conversation with another housemate, Allysyn disclosed she was introduced to adult movies at the tender age of 9.

This is coming several weeks after Daniella had said she was as3xual.

According to the Cross River born, she does not get aroused and has never been involved with a man. Despite her claim, Daniella has been seen ‘aggressively kissing’ two other male contestants in the competition.

Related Topics:BBNaijaBBNaija Level Up week 7
Up Next