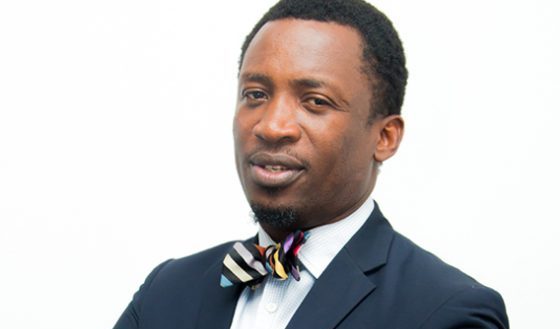 It was El Rufau who threw this out there, bringing it to the front burner. He had said in a speech that they had four years to work on the 4 million registered voters who didn’t vote to topple the status quo in Lagos.

This statement as expected drew in a lot of flak especially from the Lagos chapter of the ruling party, APC, who did not mince word in trying to put El-Rufai where they think he belongs.

However, if you look closely at the scenario you begin to see a ticking bomb for the status quo. So, the President was said to have won Lagos the most cosmopolitan of cities and the city that best reflects the diversity of the nation with an estimated 500,000 votes. Now, you get more alarmed when you take into consideration the thousands that were disenfranchised especially the lot that come from the South-eastern part of the country and who had the swing vote in Lagos who either abstained or were coerced not to vote and then you add electoral malfeasance then you begin to see where El-Rufai’s confidence is coming from.

The Godfather would be doing himself a lot of damage if he doesn’t focus on this issue while trying to project himself at the centre. If you take another critical look at the electoral pattern in the south west you begin to see the shifting grounds and the fact that things may no longer be at ease at Bourdillon. So, Ogun state has been partially reclaimed with the emergence of Dapo Abiodun, Ekiti is no longer at home, Ondo is shaky, Oyo is gone, only Osun is firmly in the bag and in the scheme of things where do you put Osun?

So, if the Southwest, which is his stronghold is this shaky, is it the South-south or Southeast that he would be looking at forging a first partnership in his attempt at building a bridge to the North. If you ask me, I think he should come back home and reconsolidate. Hold the south west as tightly as he used to and use it as a bulwark to negotiate a better deal at the centre, even the Presidency.

From what we are seeing at the surface, the godfather no longer has a firm stronghold of the south west and even Lagos. What he is holding on to is the levers of power and the soldiers he has placed to control those levers for him. What he does not have, and is very critical to have, is the people. He has lost them, hence the 4million that El-Rufai is looking at.

Those 4m can be weaponized at the next elections. You see, in your first political science class they tell you that power belongs to the people. They only give you the power temporary to use for their betterment and when you misuse it, it is taken away from you through many means. Either by he ballot box or popular revolt.

The people who truly own Lagos sent a strong signal during the last election. By their over 80% abstinence, they have shown that they are beginning to wake up to the realities of mis-governance and oppression being laced on them by a pseudo mechanical elitist charade masking under the attempt of providing good governance to the people. So, rather than risk their lives and property by taking the elitist minority headlong, they abstain and remain like sleepers awaiting the true revolutionary tendencies that would see a mass awakening to the realities of true change.

This is what El-Rufai has seen and is talking about. This is what the status quo may have seen but with the arrogance of power intoxication have not focused just yet on. They chose to rely on the ephemeral powers governance bestows to keep everything in line.

My advise is for the status quo to use the opportunity of the personal popularity of Sanwo Olu to put in place an all encompassing governance structure that would meet the needs of the people as a vehicle for the reawakening of the groundswell of support needed to ensure social cohesion from the people. Otherwise, El-Rufai’s prediction will come to pass and we will have nobody but the elitist drivers of the status quo to blame.