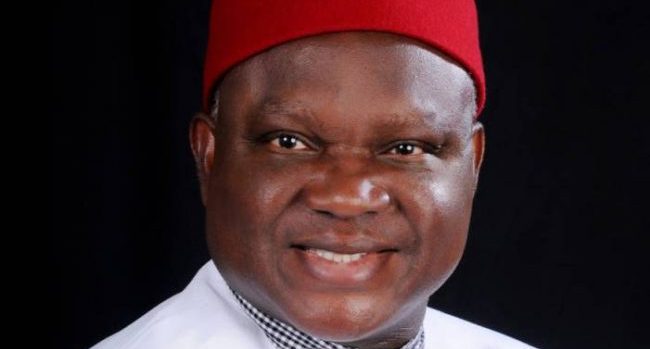 The National Chairman of the United Progressive Party (UPP), Chief Chekwas Okorie, on Monday said a northern president will not be tolerated in 2023.

He said the arrangement for rotational presidency in Nigerian politics had become conventional even though qualified citizens from all parts of the country were entitled to run for the nation’s top job each election circle.

Recall that Kaduna State Governor, Nasir El-Rufai had suggested that zoning of political offices based on region should be de-emphasised because Nigeria could not continue on that path.

Responding to the statement on Monday, Okorie said: “I have always had the position that Nigeria does not have constitution that has provided for rotation of power. But, at the same time, the rotational arrangement has become conventional. It is that rotational convention that made it easier for President Buhari to defeat a sitting president in 2015 because 2015 was widely perceived as the turn of a northerner to become president. Since President Buhari towered above every other person from the North, he won.

“In the build up to 2019, the UPP as a party – the party I lead – we knew that any person running for president from the South would be swimming against the tide. So, we decided to allow the North to complete its eight years, by not fielding a candidate for the presidential election, and that was what happened.

Read also: APC spokesman Igbokwe dubs anyone who claims Buhari isn’t doing well ‘a liar from the pit of hell’

“It is that same convention that Nigeria would observe by 2023. Nevertheless, that doesn’t stop any person from the North wishing to run, but the person will never be able to win the presidential election. Such persons will be like those southerners who ran in 2019 and never stood any chance of winning.

“Owing to the fact that it is not a law, anybody can run. The likes of El-Rufai can run, if they wish to do so. But, if El-Rufai is able to win Kaduna State, he should thank his stars. Buhari with all his qualities and following in the “North was not able to win on three previous occasions. But when Nigerians said it is the turn of the North, forces came together to mobilise support for him. In the South, the Southwest especially played a key role in making sure that he won.

“If for anything, the contest for leadership in 2023 will be between the Southwest and the Southeast. But, if equity has anything to do with politics, it should be the turn of the Southeast, considering the fact that the region has not produced any elected leader since independence.

“Anybody who believes that the next president would come from the North, based on what El-Rufai is insinuating, is indulging in wishful thinking. I can tell you categorically that the idea of a northern president in 2023 will not fly”.