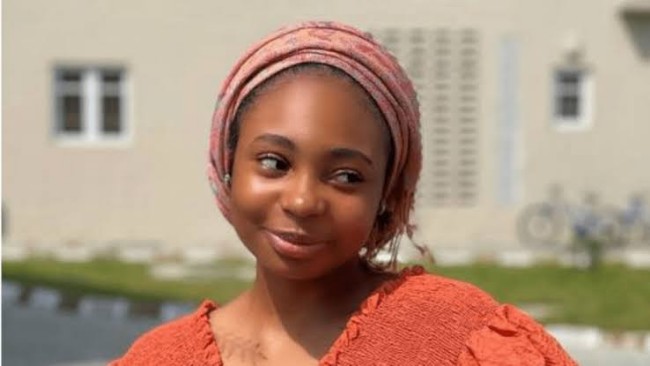 The Johnsons movie actress, Susan Pwajok has been accused of owing the sum of ninety thousand naira by a Twitter user.

According to the alleged creditor, Oluwaremilekun, the movie star has been owing him the said amount of money since June 2022.

In a series of tweets and screenshots of messages allegedly shared between himself and the actress, Oluwaremilekun recounted how the actress borrowed N180K from him and refused to pay the balance.

“I think I’ve been patient & understanding for long enough.
@pwajok_susan has been owing me a sum of N90,000 since June and has been ghosting me ever since then………”

“You hit me up telling me how you needed an extra phone urgently wanting to take a break from social media due to mental health reasons and all,stating how you can’t pay me fully instantly and you’d want the payment to be split twice….”

I reasoned with all you said and decided to be understanding based on the fact that we’ve done about 3 transactions before and I even came to deliver myself at your house. You bought an xr and a powerbank,total was N180,000 and you paid N90,000 that day promising to balance the rest the next 2 weeks after that day.”

“I started texting you on all your socials you weren’t responding. Then Daevees claimed he was in charge of your IG account and you had gone off for a while trying to keep the P between me and you,I told Daevess he should just find a way to contact you so we can talk,it proved abortive. I was forced to tell Daevees what was happening, then he promised to intervene.”

The creditor revealed that the actress has refused to engage in a conversation for several months since he urged her to pay the sum of money she was owing him.

“Next thing you dey para for me ontop my Money ? Because say I tell your friend ? I still calmed down and explained the situation to her.”

Below is the screenshot of Remilekun’s alleged conversation with the Nollywood actress.

I think i’ve been patient & understanding for long enough.@pwajok_susan has been owing me a sum of N90,000 since June and has been ghosting me ever since then……… pic.twitter.com/Z8048j18GL

Related Topics:actressSusan pwajok
Up Next