Home » Latest » The Magugate scandal, the EFCC and the case of a failed institution 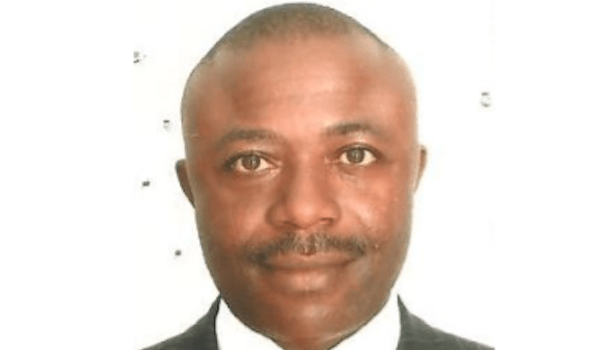 When OBJ government established the EFCC in 2003 in response to pressure from the Financial Action Task Force on Money Laundering for Nigeria to join in the global fight against money laundering, many thought that the prophylactic antidote to endemic corruption that is prevalent in the land had been found but alas, it was not to be for the same OBJ government laid the weak, shaky and wobbly foundation of the anti-graft agency that he used to his whims and caprices. Obasanjo used Nuhu Ribadu the first EFCC chairman to advance his political ambition and his failed Third-Term Agenda.

Ribadu introduced the culture of impunity into the Commission. He had the notoriety of double standard and insincerity in the war against corruption by going after the perceived enemies of the former President and shielding his friends and cronies from prosecution. And for doing the bidding of the former president, he was reappointed the chairman for a second term in 2007 and was fraudulently promoted from ACP to AIG within a space of four years. Thus, since its inception, the EFCC has not come close to accomplishing its mission: “to rid Nigeria of Economic and Financial Crimes and to effectively coordinate the domestic effort of the global fight against money laundering and terrorists financing.”

Instead it has continued to be a political tool used to target perceived enemies of the ruling politicians in Nigeria. It has continued to be an instrument of coercion, arm-twisting, intimidation and blackmail of political opponents. The EFCC indeed is standing on a faulty operational foundation. From inception, the activities of the commission are trailed by accusations of partiality, partisanship and selectiveness in its operations, arrest and exhibition of political opponents, doing the bidding of the sitting President as against its core mandate of fighting corruption.

Thus, while the leaderships of EFCC pretend to be fighting corruption, corruption is burgeoning in high places. Nuhu Ribadu introduced the culture of impunity and forceful impeachment of serving governors who were bold enough to criticize the excesses of the president. And because of the apparent power the bosses of EFCC wield, they erroneously think that they are above the law. Ribadu forgot that he was just a police officer, he disobeyed his bosses and so did Magu to the Senate. It was only Farida Waziri who maintained some level of ethical decorum. She tried to reorganize the agency by copying what she thought was best practice. She was firm, fearless and courageous and yet without much noise and outward exhibitionism and braggadocio that characterized the Ribadu era. But she was embattled because it was believed that her appointment was sponsored by a cabal that had pending corrupt cases.

In truth, I have never liked any of the EFCC bosses except may be Mrs. Farida Waziri who from all intent and purposes was mature, civil and dedicated. Before her retirement from the police and appointment as EFCC boss she was highly respected as one of the highest ranking police woman in Nigeria and was Director of the Police Special Fraud Unit that trained the likes of Ribadu, Lamorde, Magu and others. Ribadu was overzealous, conceited and reckless; Lamorde was complacent while Magu appeared incompetent and corrupt.

In the light of this, Magu’s case and the bold intervention of the Honorable Attorney-General of the Federation and Minister of Justice Abubakar Malami (SAN) did not come to me as a surprise. Media report had it that on the 7 th July, 2020, on strength of the petition by the Attorney-General, Abubakar Malami, Ibrahim Magu the erstwhile chairman of EFCC was invited for questioning by a presidential panel of inquiry headed by a former appeal court judge, Justice Ayo Salami. Consequently, he was asked to vacate his office while the Director of Operations at the Commission, Mohammed Umar, was temporary appointed to oversee the operations of the anti-graft agency pending the outcome of the investigation. Magu was detained and later released on bail after ten days while about ten other directors of the agency have been asked to step aside.

Among other things, Ibrahim Magu was accused of insubordination, corruption, diversion of recovered funds and assets. Ibrahim Magu is not new to corrupt charges. Earlier, the security report submitted to 8 th Senate had indicted him of corruption. Also, it was reported at the time that under former EFCC boss Farida Waziri, Magu had been arrested at his Lagos home with EFCC case files and computers. But despite all these, I have read many ad nauseam arguments about his removal as if Magu is a saint or a super performer. There have been insinuations and speculations in some quarters about the plausible reasons for Magu’s travail but suffice it to say that no matter the motive, his removal was long overdue in view of the controversies that had trailed his appointment. Those rooting for Magu could not point out what was his achievement in the five years that he had held sway as the head of the anti-corruption commission. It is not any way difficult to rate his performance. He obviously has performed below par from all indications.

Despite the humongous sums paid out to whistle-blowers and lawyers corruption is still growing in leaps and bounds; our rating in the International Corruption Index is at its nadir. There was inappropriate account of recovered funds, intimidation of opposition, orphaned monies discovered in most unusual places and no prosecutions. Clearly, Ibrahim Magu does not have the comportment of an anti-corruption officer. He does not have the maturity or the ethical comportment of Farida Waziri nor the courage and ruthlessness of Nuhu Ribadu.

He seemed to speak more than he could work as if he is a press officer. He has spent over five years in the Agency—more than any of his predecessors—yet we are yet to witness any high-profile convictions except the few handed over from the previous regimes. Media trials of accused persons, wastefulness, lack of transparency and due process, no adherence to global best practice were commonplace.

What he recorded as achievement was the conviction of small-time swindlers and circumstantial criminals, frustrated by the Nigeria system, who probably have no one to defend them while the big thieves hire the best attorneys and bribed their way through. Since his appointment in November, 2015, his appointment and confirmation were enmeshed in one controversy or another. Twice he was presented to the Senate for confirmation and both occasions, he was rejected based on damaging security report about him from the DSS.

The Senate rejected and by extension Nigerians rejected Ibrahim Magu and ipso facto, he was not supposed to remain in the saddle in the first place. And instead of being circumspect and resigning honorably after the Senate screening he was talking tough. If he has any modicum of integrity as it was supposed, he would have resigned the very first time the Senate rejected him. But he was counting on his political godfathers and the hirelings in the media for survival. No doubt, his ultimate sack is a vindication of the Saraki-led 8 th Senate. In 2017, Vice President Yemi Osinbajo had said obtrusively, after the rejection of Magu by the Senate that the National Assembly does not need to agree with the Presidency on the appointment of Magu for the Economic and Financial Crimes Commission.

Femi Falana on his part opined that the non-confirmation of Magu’s appointment by the Senate was an insult on the President. Thus, ridding on the crest of godfathers, media spin-doctors and self-styled activists who benefit generously from EFCC briefs, Magu called bluff his critics and carried on with impunity. If his screening was not necessary as some insinuated why was he presented to the Senate for confirmation or is the Senate a rubber stamp for the Presidency? When Yara’ Dua nominee Mr. Bode Augusto was rejected by the Senate in 2007, he was promptly replaced without much fuss. On Magu, Malami’s intervention is indeed late in coming but necessary, if the spate of corruption in high places is anything to go by. I think his late intervention was probably to explore every available option. Malami should be commended for his courage; Magu’s sack was long overdue. Those blaming Abubakar Malami are hypocritical.

Are they saying Magu is above the law or infallible? The pertinent question is: does the Honorable Attorney General of the Federation and Minister of Justice have the power to do what he did? Was it within the purviews of his duty to oversee the operations of the anti-graft agencies? And if yes, those defending Magu should wait for the outcome of the investigation. Or does Magu have immunity; is he shielded from criminal investigation? On a final note, I must state that if the government is still keen on fighting corruption it should re-organize the EFCC and try new hands. The DCP Abba Kyari who has been tried and tested in IGP-IRT and who has creditably acquitted himself in the various assignment he has undertaken is a good candidate and so is the DCP Frank Mba of the Force PRO who is also doing a good job as the image maker of the police force.