Home » Latest » The r*pe pandemic and a ‘busy’ judiciary 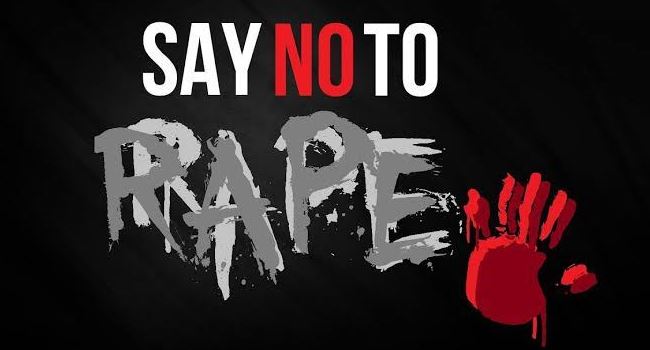 There is no denying the fact that Nigeria has a rape culture. Virtually everyday, women and girls of various ages are under threat of being abused verbally, sexually or even killed for minding their businesses.

Despite the public outcry against the brutal murder and rape of the 100 level UNIBEN undergraduate, Uwaila Vera Omozuwa and Barakat Bello, no one seems to see a realistic end to this demonic vicious circle. The hopelessness of the situation is infact fueled by lawmakers, who, perhaps are clueless in terms of taking decisive actions to confront the situation.

As it stands, the last Nigerians have heard of rape from the National Assembly was on Thursday, June 4th 2020 and it was business as usual. The House typically went back and forth on suitable punitive measures to curtail what the Speaker, Femi Gbajabiamila, described as ‘sick, despicable and ungodly act” until Hon. Enitan Dolapo-Badru remarkably proposed that names of sexual offenders be published on the nation’s dailies.

The House moved to ‘more pressing issues’ afterwards, but not after the speaker Femi dropped the bombshell on the matter. He said, “We need to look into our laws and the punishments”; a clear evidence that the House might just be clueless as to what exactly is the way forward.

It’s becoming a custom for many to blame the insufficiencies of penal laws and the constitution in the face of criminal cases as threatening as rapes. It’s sort of comforting to think that an upgrade in punishments would deter criminal acts when, infact it hasn’t and never would. Not when law enforcement agencies, especially the police are still fond of shaming rape victims.

Not when lawmakers insinuate that a woman’s appearance is a worthy scale to measure rape susceptibility. Not when lawmakers can freely weaponize rape as in the case of the Kogi State Commissioner for Water Resources, Abdulmumuni Danga, who allegedly kidnapped and violated a lady identified as Elizabeth three months ago. Not when the House can conveniently move to ‘more pressing issues’ in the face of a national pandemic within a pandemic.

We honestly do not need anymore penal deterrents for sex offenders. We are just fine with what we have on ground. Much more than blaming our laws, must we not also consider the fact that our judiciary might be just twice as ‘busy’ as the National Assembly in thoroughly following up on rape cases?

Is it not an anomaly that despite being the country’s most under-reported crimes due to stigmatization, rape victims continually have to beg for justice to be served in courts due to how frivolous many think these cases are?

Indeed, we might be left with no other option but to create an independent judiciary or court strictly for rape and sex related crimes. These courts must be configured to consider sex crimes a national emergency and must be sold out to serving justice to rape victims.

The case of rape shouldn’t be one of the many books in the library, it should be a library itself. Offenders must be aware that the magnifying glass of justice is much clearer than it used to be, and at such, justice must have the last laugh.