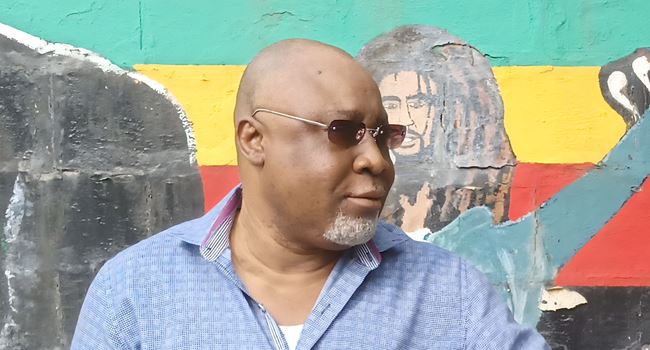 The Street was heedless of the obvious dull on – going activities on its peripheral tethers. It pretended to be deaf and dumb as well as uninterested in its historical importance.

The Corvid-19 must have had a lot to do with the sparse movements this Tuesday morning as the beauty of the Street was enhanced by the trees lining the right side of the Street from the edge of West 22nd Street. Approaching the block between the West 23rd and West 24th Streets, the Park where he used to play soccer conspicuously hibernated behind the trees that were exuding reluctance to dancing to the staccato rhythm of dessicating wind.

The wind, generous in its exsiccation, undulated diffidently the discomforting summer heat. Stepping out of the vehicle to take a good look at this historical house, the excitement of three youngsters marinating in the coolness of the heat attracted attention. Setting one’s gaze at the door to the house, a young beautiful lady, about 5’6 in height, probably in her early 30s, more of a mulatto than Caucasian or African, appeared from behind the storm door.

She was accommodating. She didn’t smile generously. She answered the questions. She informed that she was on her way out. She noted that relatives of Bob Marley reside there, but no one was home. She was kind enough to accept the offered gratitude as she watched her footings down the steps and walked to her grey – coloured car, got in and drove off.

Then came this handyman who obviously was on a mission. Undoubtedly African, he was obviously very knowledgeable about the Marley family. He was excited to showcase his knowledge and reeled out information. He pointed to the other buildings owned by the Marley estate on that Street and also directed attention to another one on the West 24th Street painted in the colours of Rastafarianism with Bob Marley’s face emblazoned on the building’s frontage.

He would not give his name. He would not be photographed. He is willing to give as much information as he could. As he climbed the steps leading into the house with one in his tow, he made it clear he didn’t have any problem with one spending some time therein while he worked. The brevity of this foray did not afford much, but soaked one in the natatorium of Robert Nesta Marley’s hallowed spirit.

For a man who was a Prophet, this living environment felt like a shrine, a temple of some sort. The awareness that Bob once lived here imbued one with the touchy presence of his spirit. The chimera became richly endowed and fertilized. From the inner eye, Bob could be seen bubbling around the space, humming to himself some lyrics of prospective song tracks.

In this picture (on the left) is the house in which Bob Marley, the Reggae Superstar once lived with his mother in his teenage years. This was around 1966 and his mom Cedella Booker was the owner the house. The address of the house is 2313 North Tatnall Street in Wilmington, DE. The two adjacent buildings, Numbers 2311 and 2309 have been bought up by the Bob Marley family. The properties which faced the Park where Bob used to play soccer remained indifferent to my presence and curiosity.

Serene in their outlook and transuding lifeless liveliness, the houses, like others on the Street, were not bubbling with human faces. Cars were driving by. But the frontages of the houses and the walkways were bustling and bubbling with desertion and elusion. This could not have been the doing of just the Corvid-19 phenomenon. The unfriendly summer heat, aided and abetted by the sultry wind discernibly had something to do with this too.