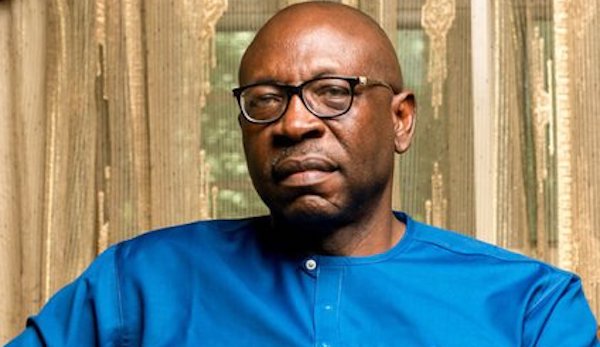 The All Progressives Congress (APC) governorship candidate in Edo State, Pastor Osagie Ize-Iyamu, hinted on Thursday that he would challenge the outcome of the September 19 election in court.

Ize-Iyamu was defeated by Governor Godwin Obaseki of the Peoples Democratic Party (PDP) in the election that was adjudged credible by local and international observers.

President Muhammadu Buhari and APC have since congratulated the governor on his re-election for another term of four years.

However, in a congratulatory message he sent to the people of the state on the occasion of the country’s 60th independence anniversary, the APC candidate s‎aid since after the election, many people had sought to know his next move on the election.

He added that if the Obaseki and the PDP could institute 13 cases against him, then seeking redress in the courts over the election would not be out place.

Ize-Iyamu said: “Suffice it to say that, with due sensitivity to the feelings of our people, we are busy collating our facts. Only after, can we speak and speak authoritatively, in the best tradition of rule of law, fairness to all, and due process. We will brief you all in good time and that time is near.

READ ALSO: Ize-Iyamu thanks supporters, to unveil next plan

“In the course of our methodical approach, not a few deem to have preempted our course of action; and pleaded that we do not proceed to the courts to challenge the election results.

“While that cannot be dismissed as an entirely bad plea, what I can say is that whatever action we subsequently take would be rooted in due process and the rule of law. We will exercise every right available to us under the law, given the electoral facts at our disposal.

“Even as we speak, our people should know that PDP and their agents and privies had instituted 13 lawsuits against my running mate and I. None of them have they discontinued after the election. So, if the PDP don’t pass up their rights under the law, why should we, in APC, do so?

“So, we are at liberty to pursue any legal option we deem fit, so long as the peace of Edo, our beloved homeland, is not threatened.

“So, until you hear from us, I beseech our members to remain peaceful and law-abiding. Let us enjoy the rare pleasure of our nation clocking 60.”