Home » Latest » There was nothing like banditry before my govt —Buhari 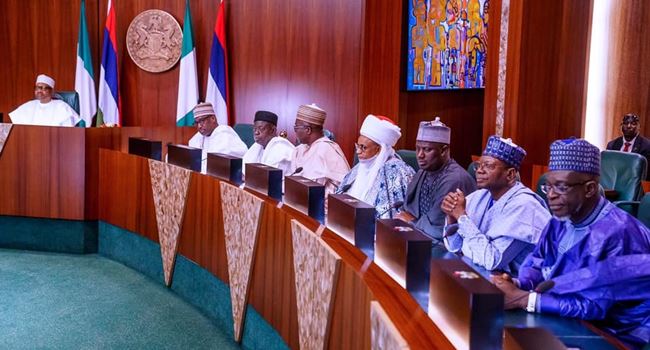 Responding to the increasing rate of insecurity in the country, which has led to loss of lives and properties, President Muhammadu Buhari Tuesday, assured Nigerians that his administration will combat banditry with full force.

The president mentioned that the nefarious activities of the bandits has brought grief to Nigerians and heightened fear of travellers across the country.

According to the News Agency of Nigeria (NAN), he added that “we will now be harder on them”.

He stated this while receiving a delegation of Citizens of Niger State led by Governor Abubakar Sani Bello at the State House, Abuja, who came to appreciate him for his numerous interventions in the areas of infrastructure, security and appointment of indigenes of the state into key positions of government.

He said that prior to his election, there was no such thing as banditry in Nigeria.

“I was taken aback by what is happening in the North West and other parts of the country. During our campaigns, we knew about the Boko Haram. What is coming now is surprising.

“It is not ethnicity or religion, rather it is one evil plan against the country.

“We have to be harder on them. One of the responsibilities of government is to provide security. If we don’t secure the country, we will not be able to manage the economy properly.’’

He also advised Nigerians to take up agriculture as a means of livelihood.

Speaking of the pipelines vandalism, he encouraged the Niger Delta leaders to curb the activities of the vandals so that farmers will not suffer loss any more.

A spokesperson for the group, former governor of Niger, Babangida Aliyu, thanked the president for taking a decisive step to put an end to the criminal activities while, he called on the president to intervene in completion of some federal roads, and the Minna airport.