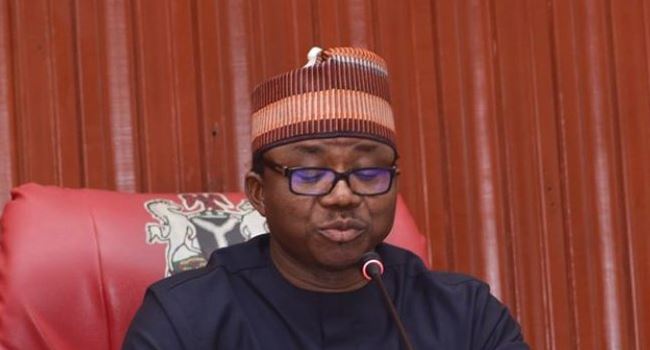 Edo State House of Assembly Speaker, Francis Okiye has said that there was currently no ongoing discussion for the state lawmakers to dump the All Progressives Congress (APC) with Governor Godwin Obaseki.

Okiye’s comment came amid speculations that political office holders in the state were set to dump the governing APC like Obaseki did.

Okiye, who spoke to newsmen to mark his one year anniversary as the speaker of the state assembly said:

“I know that our electoral law does allow for independent candidacy so that the governor without a party in a state can sponsor himself in an election within the manifesto of his electoral campaign, he can administer the state.

“To the best of my knowledge, a governor without a party has not committed an offence that we would begin to raise questions within the polity.

“Members of the Assembly are not running a joint ticket with the governor and within the constitutional allowance, you know that the governor has the right to move from one party to another.

“In this circumstance, I can speak for myself that as a speaker, I have not been formally communicated that the governor has moved from the party (APC). So, the issue about who is going with the governor or not is not being discussed.”

On the achievements of the house under his leadership in the last one year he said, “12 bills were received adding that two were passed into law while four are at different stages and four assented to.”

Meanwhile, there are claims that the leader of Ovia South West Local Government Area, Robert Ekeme Fiyes and his deputy, Godwin Ekhator had been removed with three councillors out of 10 for their alleged refusal to support Obaseki.

Their removal, it was learnt, allegedly took place in the private residence of a very influential chieftain of the APC in Obaseki government.