Home » Latest » There’s no rift between Gov Ugwuanyi and I, ‘he’s my brother’—Ekweremadu 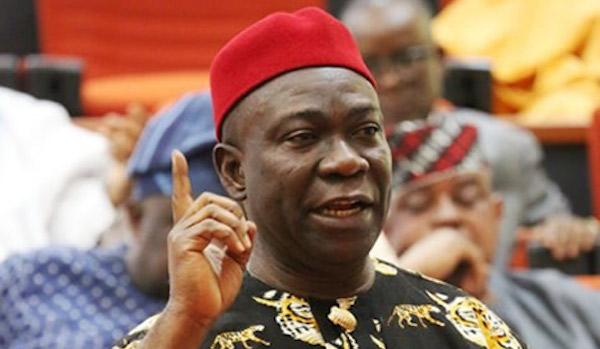 A former Deputy Senate President, Ike Ekweremadu said on Sunday there was no rift between him and Enugu State Governor, Ifeanyi Ugwuanyi.

Ekweremadu, who disclosed this while featuring in a radio programme in Enugu, said the relationship between him and Governor Ugwuanyi was beyond friendship.

According to the ex-deputy Senate president, he and the governor were like brothers.

He said the relationship between them dated back to several years when he was into private practice as a lawyer and insurance operator.

He dismissed any rumour of rift between them and urged the people of Enugu State to discountenance such rumours.

Ekweremadu said: “The Enugu State governor, His Excellency is not just a friend, he is my brother. He is my ally and also my partner. I have known him for many years. Our relationship is made in heaven.”