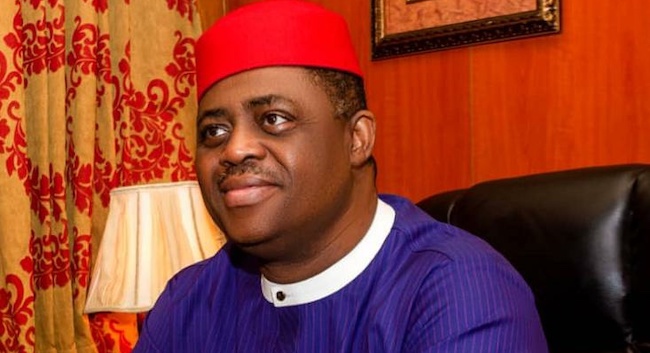 The investigative journalist, David Hundeyin, has been heavily criticized by a former Aviation Minister, Femi Fani-Kayode, over his story on the alleged involvement of All Progressives Congress (APC) presidential candidate, Bola Ahmed Tinubu, in drug-related activities in the United States.

Hundeyin had in July written a widely circulated investigative report titled “Bola Ahmed Tinubu: From Drug Lord To Presidential Candidate” where he detailed the alleged involvement of the former Lagos State Governor in some illegal activities while staying in the US.

The story has unarguably generated a lot of controversies in Nigeria’s political landscape ahead of the 2023 presidential elections.

Contrary to the claim by the spokesperson of APC Presidential Campaign Council, Festus Keyamo, that the former Lagos State Governor was not involved in any drug-related activities as accused, Hundeyin in a recent appearance on Arise TV maintained that Tinubu was involved in illegal activities.

Fani-Kayode, who responded to Hundeyin’s comments in a Facebook post titled “The Obsessions of David Hundeyin” on Saturday, accused the journalist of putting up egregious lies against Tinubu.

The APC chieftain described the journalist as a sick man with a place waiting for him in hell.

He wrote: “Instead of rejoicing that his compatriot was declared as clean as a whistle after such a rigorous and thorough criminal investigation people like David are still attempting to convict him for a crime he never committed in the court of public opinion 30 years later. This is indeed a great shame. It is also a crime in itself.

“They actually believe that they know better than the Federal Bureau of Investigation and that Tinubu is a dangerous criminal and drug lord even though the Americans have said clearly and categorically that there is NO evidence to suggest that this is the case.

“His obsession with Tinubu and his family borders on madness: at the very best it is simply uncharitable and at the worst it is savage and wicked. Young David is a sick man. He is lost. He is in desperate need of prayer. He is a pathological and obsessive liar and he is best treated with the contempt that he deserves.

“His father’s name should have been Mr. ‘Oni iro ni mo bi’ and not Mr. Hundeyin. Worse still he is obsessed with his own lies. He actually believes that the lies he is telling are true. Nothing could be more dangerous than this. If he has the courage of his convictions I urge him to come to Nigeria and repeat these lies and grave allegations here.

“Here is a young man that delights in talking asinine, absurd, tendentious, unintelligent and unsubstantiated gibberish from abroad and refuses to come home to state whatever case he has in a courageous and honorable manner. How can you describe yourself as an investigative journalist of repute and at the same time be a flaming coward?

“The only thing that needs to be investigated about young David is the state of his mind, the size of his brain and the content of his character. He is filled with so much vitriol, bile, bitterness and hate and he is propelled and motivated by so much deceit. Aside from that we know that he is working for the intelligence unit of a particular political party and presidential campaign council.

“What cannot be forgiven and is totally unacceptable is to continue to peddle the grievious lie and injurious falsehood purposely and with malicious intent once the truth has been established and unearthed and once the facts prove beyond reasonable doubt that the individual that was falsely accused is actually innocent.

“This is a lesson that young David and those that share his perfidious and warped world view have yet to learn. He calls himself an investigative journalist yet he forgets the first law of journalism: that facts are sacred and opinion is cheap!”