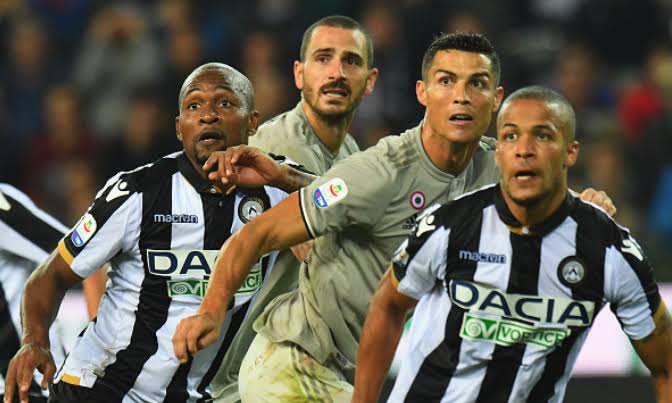 Super Eagles defender, William Troost-Ekong has expressed his excitement after his club Udinese stopped Juventus with a 2-1 home victory.

Udinese handed a shock defeat to the Serie A champions, who could have won their ninth straight league title had they won the game.

Juventus led through Matthijs de Ligt’s powerful drive in the first half, but the hosts came from behind to beat the leaders through Ilija Nestorovski’s equaliser and Seko Fofana’s brilliant winner.

“I am very happy because of these three heavy points and also because before the game, no one would have bet on us,” Troost-Ekong told Udinese TV.

“They (Juve) came here to celebrate and that charged us before the game. Today, we played with personality and deserved to win.”

Troost-Ekong, who has been playing in the midfield in recent games for the Italian side also assured that he is ready to play in any position for his team.

“Well, I played in the middle for two years but after the lockdown, the manager wanted me to move to the right.

“Obviously, he decides how we get on the field but I think as a defensive midfielder I can be more useful to the team,” he added.

Udinese, seeking to remain in the topflight, now occupy 15th position on the table with 39 points from 35 games.

Juve would wrap up title if they win one of their last three matches. They face Sampdoria at home on Sunday.