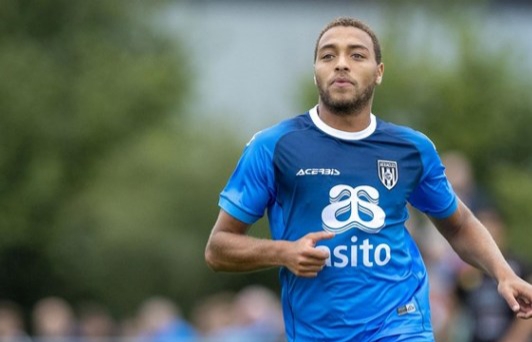 Yet-to-be-capped Super Eagles invitee, Cyriel Dessers has cleared the air on reports that he is looking to play for the Belgian national team.

The 25-year-old Belgian-Nigerian was in the news over the weekend, with quotes credited to him as saying that he was expecting a call from Belgium.

“At the moment, the national team is not an issue, we will not know until September. Maybe I will be summoned somewhere, maybe not,” he was quoted by a Belgian newspaper.

But Dessers, on Monday, said the story was curled from nothing.

“They made a story from nothing. I didn’t even talk with Belgium and then they make a story,” the KRC Genk new signing told AOIFootball.

“I said I hoped for a call (from Nigeria) in September, but that’s not even sure. That’s the coach who decides, It’s not in my hands.

“It’s just the clickbait sites who take things out of context and make juicy titles.”

Dessers had a superb season performance with Heracles Almelo before making a switch this summer to Belgian side, Genk, where he has already netted four goals in preseason.

In March, he was invited by Gernot Rohr ahead of AFCON qualifiers, and was set to make his Super Eagles debut in the doubleheader against Sierra Leone.

But the games were called off due to the Covid-19 pandemic.