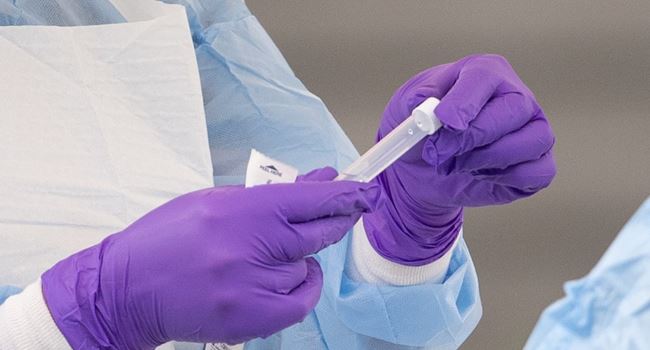 The supposed COVID-19 patient, whose relatives forcefully took him away from a treatment centre in Delta State has spoken up on the matter.

The alleged patient, who is the

Chief Nursing Officer of Central Hospital, Agbor, Delta State, Mr Michael Mordi said the claim that he was forcefully removed from the Federal Medical Centre (FMC) Asaba, was not true.

He claimed that he was picked up without having a sickness and kept in the treatment centre.

He added that he was given drugs that were capable of destroying his system.

The 53-year-old Mordi who spoke to Vanguard.

Insisted that he was not a COVID-19 patient, and alleged that the Delta State government forcefully isolated him from his family and kept him at the FMC for days not because he was sick.

Further maintaining that he was hale and hearty when they picked him to the FMC treatment centre in Asaba on May 24, he said he never exhibited any symptom of COVID-19 or symptom of any ailment.

On how they wanted to destroy his system, he claimed that he was given 10 different drugs including antibiotics twice daily (morning and evening).

“Those drugs were capable of destroying my system. I was not sick of anything before they picked me up.

“I thank God that I am still alive even with those drugs they administered on me twice daily. They conducted so many tests on me including X-ray nothing was found,” be said.

The state Ministry of Health had in a statement on Monday claimed that seven relatives of Mordi stormed the state FMC, were he was being treated of COVID-19 and forcefully took him away.

The ministry also claimed that he was not cooperating with caregivers at the treatment centre.

But Mordi said the claims were not true, explaining that he took his medications even when he knew he was not sick.

He said that he requested for a re-run test at his expense but they refused.

He added that they also denied to show him the result of his previous test but instead “asked me to pack my luggage and leave the centre after staying there from 24th May to 1st June”.