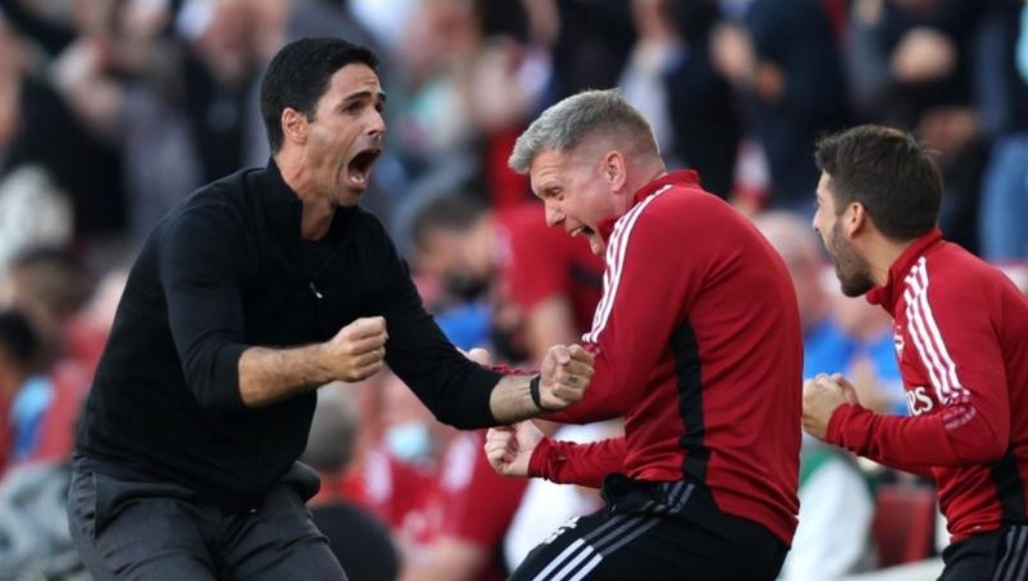 Arsenal youngster, Bukayo Saka is optimistic that the current quality at his club is enough to earn them trophies this season.

The North London club clinched a 3-1 victory over city rivals, Tottenham Hotspur in the Premier League on Sunday, a victory that made it three wins in a row for them in the league.

Arsenal had started the season on a very bad note, but bounced back after the third week and have continued to impress, under the leadership of Mikel Arteta.

Saka, who was speaking after the game against Spurs, said things were going well at the club but also admitted that the team needed to score more goals.

“We can achieve anything, no matter what age. With age comes experience but we have a lot of experience in this squad anyway which helps us,” Saka told reporters.

“We have a lot of quality and enough experience to achieve a lot. We’re going to take it game by game but if we play like this we have enough quality to win trophies.

“I can’t really describe how good it feels. Starting with the atmosphere in the stadium — it was crazy! The fans gave us so much energy and, for us to repay them and win like this at the stadium, it just means everything for us.

“It’s been almost two years since we played a north London derby with the fans. And you could tell it’s been nearly two years by the way they received us and cheered us. It was a special game.

“We’re getting closer as a team, getting more team spirit, so things are looking good.

“If we play like that all the time, we have a strong chance of doing well this season and winning some trophies. This is one game, we have to do it again the next week and the next week.

“We get into a lot of good situations but we need to score more goals. Yesterday, we were a lot more clinical, so we’re happy with that but we’ve got to do it consistently.”

The Gunners are 10th in the league table after three wins and three defeats from six games so far.

No automatic FIBA W’Cup ticket for D’Tigress, team to battle USA, others in qualifiers