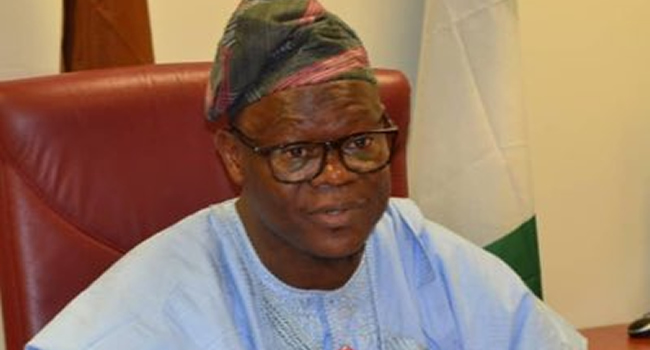 The Chairman of the Senate Committee of Media and Public Affairs, Ajibola Basiru, on Wednesday, mocked the third force coalition formed by politicians as an alternative platform to the All Progressives Congress (APC) and Peoples Democratic Party (PDP) ahead of the 2023 general election.

Basiru, who featured in a Channels Television programme, Politics Today, said the coalition was incapable of upsetting the APC and PDP in two years’ time.

The former Chairman of the Independent National Electoral Commission (INEC), Attahiru Jega; the renowned Political Economist, Pat Utomi, and other like minds launched the Rescue Nigeria Project on Tuesday in Abuja.

The Senate spokesman said: “The so-called Special Rescue Project is a special purpose vehicle which is bound to fail and it would fail definitely.

“As far as I am concerned, you can mark today’s date, nothing serious would come out of the so-called effort that is put in place.

“As far as I am concerned today, if the electoral contest is anything to go about today, you can only mention political parties like APC, PDP, and All Progressives Grand Alliance (APGA) –may be in a particular state, and some splinter parties.

“The truth is that the 2023 election is going to be about a choice between the APC, my political party and the party of President Muhammadu Buhari, and the PDP. The other people, the third force, there was a time some people even named their own political party, Mega Political Party and at the end of the day, Mega Political Party never had a councillor not to talk of a chairman.”

‘Why Nigeria’s focus is on infrastructure,’ Buhari tells Netherlands Queen