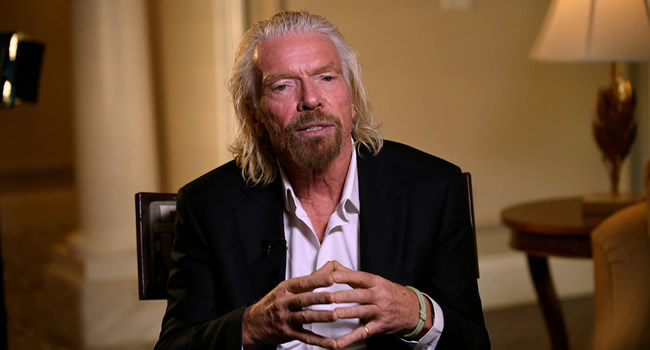 Virgin Atlantic founder, Richard Branson, has become the first billionaire to travel to space after beating the world’s richest person, Jeff Bezos, to the feat on Sunday evening.

Branson had on July 1 announced that he would travel to space 10 days later with the help of his spacecraft.

This came nine days before Bezos scheduled his trip to outer space.

The Virgin Atlantic founder on Sunday tweeted that he was looking down at the world, whereas, as a kid, he could only glance at the stars in the sky.

Branson said he had always dreamt of such moment, adding that feeling is more magical than he ever imagined.

He wrote: “I was once a child with a dream looking up to the stars. Now I’m an adult in a spaceship looking down to our beautiful Earth. To the next generation of dreamers: if we can do this, just imagine what you can do.

“I have dreamt about this moment since I was a child, but going to space was more magical than I ever imagined.”

Related Topics:BransonVirgin Atlantic
Up Next

My husband was riddled with bullets —Wife of assassinated Haiti President