Those in PDP are rich men, we in APC are poor people –Amaechi | Ripples Nigeria 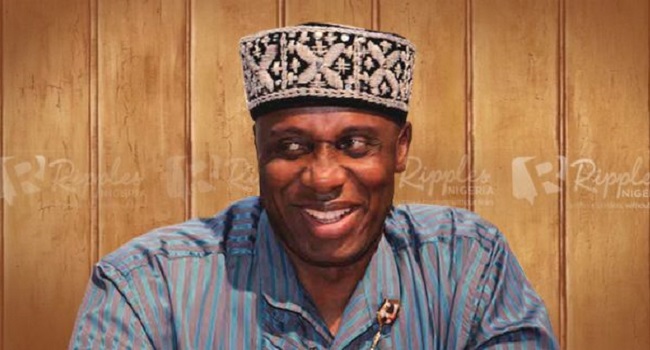 The director-general of President Muhammadu Buhari campaign organization, Rotimi Amaechi, has described politicians in the Peoples Democratic Party (PDP) as rich people while those of them in the ruling All Progressives Congress (APC) are poor.

Amaechi made this claim when he spoke during the flag-off of the re-election campaigns for President Muhammadu Buhari and Plateau State Governor, Simon Lalong on Friday.

According to Amaechi, a current Minister of Transportation and a former Rivers State governor, who ruled the state for eight years, from 2007 to 2015, under the PDP platform, the APC was for the poor because it understands the grassroots and would work hard to rescue the people at that level from poverty.

“They say there is hunger in the land, if PDP had left the money they stole, will Nigerians be hungry?  The reason for insecurity is because the rich men have carted away the resources of the poor; rich men are in PDP, we are poor in APC, we are working to put things in order. Vote for APC, don’t just vote, but vote, stay and protect your votes,” Amaechi said.

The national chairman of the APC, Adams Oshiomhole, who also spoke during the flag-off campaign called on Nigerians to vote for all candidates standing for elections on the platform of the APC as the party was working to reposition the country on the path of greatness.

He said, “The APC is pro-poor, we are here to receive these people of character and vision who have joined our party because of our leadership style.

“Atiku said he will sell NNPC, he presided over the liquidation of the Nigerian Airways without paying workers, will you support Nigeria to be on sale?  Say no to PDP.  Poverty is not an act of God, Buhari is a man of integrity, even in your moment of hunger, you should not mortgage your votes.

Governor Lalong in his comment at the event said he joined APC and met Buhari as a godfather wondering “why won’t die for him”.

CUPP threatens peace accord over INEC’s appointment to Zakari

INEC wants political parties to help in collection of PVCs