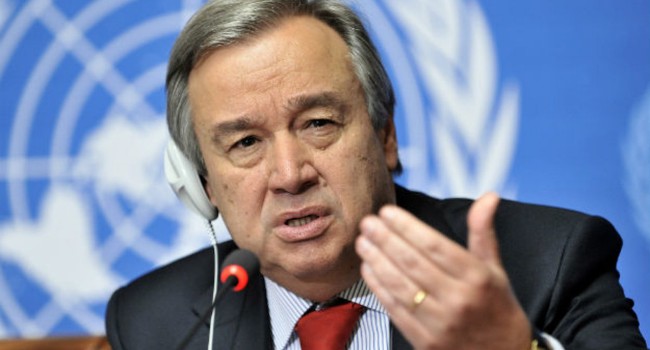 The United Nations has reacted to the beheading of over 43 rice farmers on Saturday in Borno State by Boko Haram terrorists.

The UN in a statement issued on Monday by its Secretary-General, António Guterres said that the terrorists that perpetrated the Borno massacre must be held accountable.

Zabarmari farmers 43 of whom were attacked at Koshebe village in Mafa Local Government Area on Saturday, were buried on Sunday.

Guterres who condemned the gruesome killing and abduction of others in the strongest terms also extended his deepest condolences to the families of the deceased and Nigerians.

The UN Secretary-General wished the injured a swift recovery and called for the immediate and safe return of the captives.

Guterres expressed hope that “those responsible for these heinous crimes will be quickly brought to justice”.