Home » Latest » ‘Those who tried to unmake Buhari in 2019 have all lost power’, Keyamo gloats over Melaye’s loss 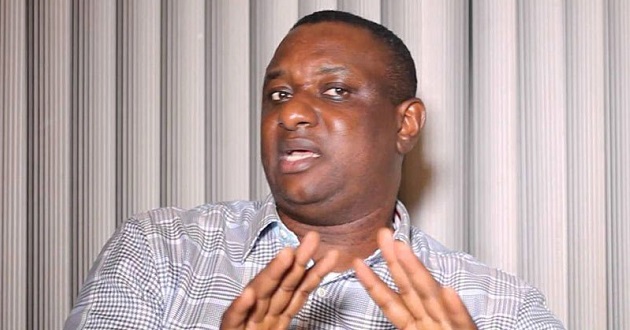 The Minister of State for Labour, Festus Keyamo, has, like the national chairman of the All Progressives Congress (APC), taunted Senator Dino Melaye over his loss of Kogi West senatorial election.

Melaye, the candidate of the Peoples Democratic Party (PDP) was defeated by Smart Adeyemi of the All Progressives Congress (APC) after the result of the supplementary election in Kogi West was announced on Saturday, November 30.

But the minister, who congratulated Adeyemi, said Melaye’s defeat was proof that Muhammadu Buhari became president in 2015 because God decreed it.

He said the senators, including Melaye, who left the APC before the 2019 elections believing their leaving would ‘unmake’ Buhari in 2019, had all lost power.

“God Almighty has just shown us that PMB became President in 2015 because He alone decreed it. Those who felt they made him President in 2015 & planned to ‘unmake’ him in 2019 have all lost power one by one yet PMB is still standing strong and will finish his 2nd term by His Grace.”

Oshiomhole had also made a similar statement. He said that Melaye’s defeat meant that the broom (APC’s symbol), had swept off the 16 senators that rebelled against the party ahead 2019 general elections.