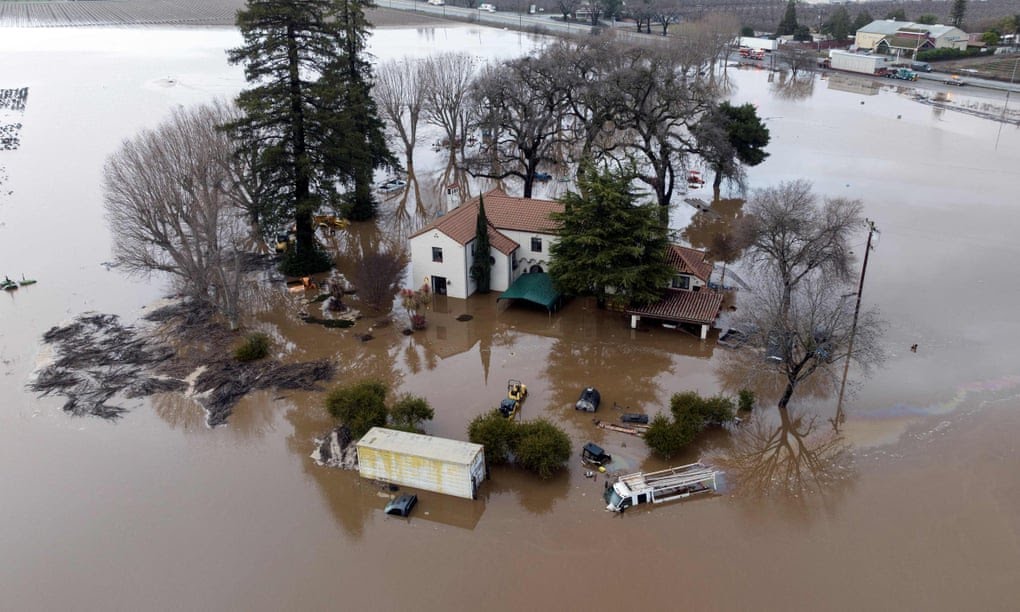 At least 17 people have died in California as a constant run of storms pound the state, turning rivers into gushing flood zones and driving hundreds of residents out of areas known for fatal mudslides.

Since late December, a terrible string of storms have wreaked havoc, with the most recent one occurring just recently with more storms on the horizon.

On Tuesday, there was further intense rain and wind, which resulted in hillsides collapsing, tens of thousands losing electricity, and entire neighborhoods being placed under flood warnings and evacuation orders.See video

The entire seaside community of Montecito – home to Prince Harry, Oprah Winfrey and other celebrities – was ordered to flee on the fifth anniversary of a mudslide that killed 23 people and destroyed more than 100 homes in the coastal enclave.

State officials confirmed the official death toll in a briefing on Tuesday afternoon with the state’s governor, Gavin Newsom, saying the figure was “likely to grow”.

Tens of thousands of California residents were under evacuation orders on Tuesday, Newsom said, and more than 100,000 were without power.

The most recent storm, which started on Monday, blanketed Sierra Nevada ski resorts with more than 5ft (1.5 meters) of snow and dumped more than a foot of rain at higher elevations in central and southern California. Roads were closed off by rockfalls and mudslides, and torrential rainwater converted portions of roadways into streams.