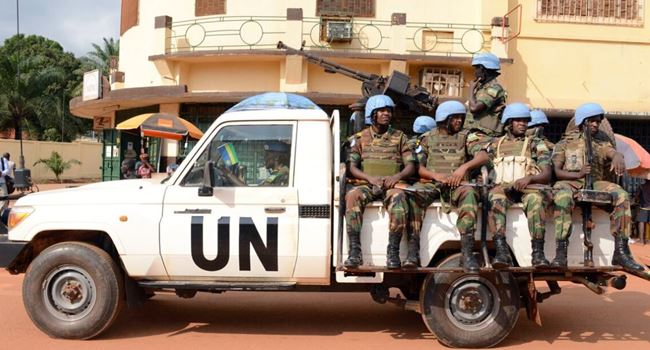 Three Burundian peacekeepers have been killed in the Central African Republic (CAR), by unidentified “armed combatants” as rebels in the war torn country called off truce with the government.

The death of the three Burundian peacekeepers was confirmed in a statement on Friday by the United Nations which revealed that they were shot dead hours after a rebel coalition fighting the government called off a unilateral truce.

“Three peacekeepers from Burundi were killed and two others were wounded,” the statement by the UN said, without providing further details.

The incident came after increasing calls for the suspension of a general election scheduled to take place on Sunday.

Recall that former President of CAR, François Bozizé, has dismissed claims that he is plotting a coup to oust the country’s government.

Reports had suggested that forces loyal to Bozizé were near the city of Bossembélé and planned to march to the capital Bangui.

Bozizé denied the allegation through his spokesman, Christian Guenebem, who said in a statement on Sunday that the ex-president was in his house in Bossangoa.