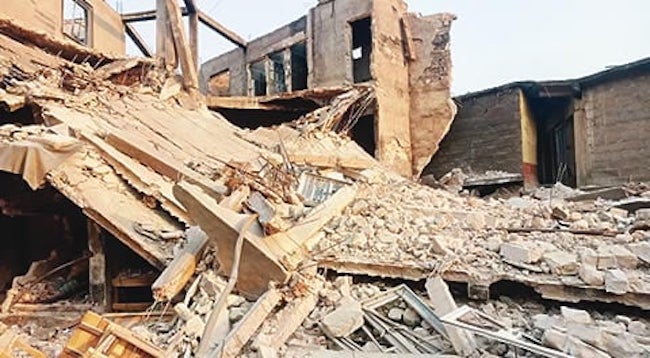 The spokesman of the state police command, Lawan Shiisu, who confirmed the incident in a statement on Monday in Dutse, said the building collapsed at Yakasawa Kwari Village in Ringim LGA.

He said: “On September 09, at 8:45 a.m., one Garba Lawal of Yakasawa Kwari Village of Ringim LGA reported that at 5:30 a.m. on same day when he woke up to observe the morning prayer, he noticed that one of the rooms in his house had collapsed while his children were sleeping.

“He immediately checked on them and found that all of them were beneath the debris.”

“The State Commissioner of Police, Aliyu Sale, encouraged residents in the state to see that their buildings are in good condition in order to avoid a similar occurrence.”

Related Topics:JigawaJigawa building collapse
Up Next

Pregnant woman, 15 others die from COVID-19 in Edo