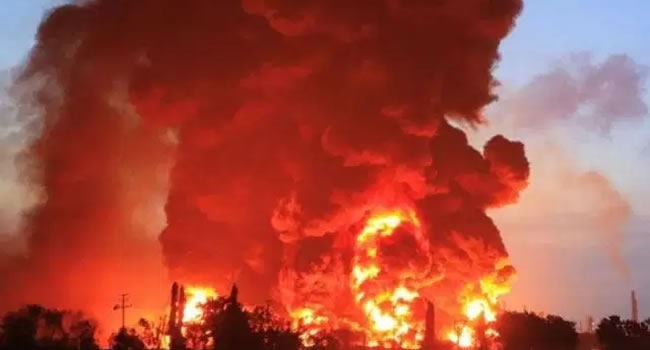 Three Nigerians have been reported dead in a fire incident in the French southern city of Marseille on Saturday.

The inferno was said to have broken out in a public housing building where immigrants from Nigeria are known to squat, French fire department officials said.

The report added that a two-year-old and an adult were also seriously injured in the fire at the building, while the three Nigerian men who died were undocumented migrants.

Marseille prosecutor, Dominique Laurens, said there was evidence of “at least two start points for the fire, one on the sixth floor and one in the stairwell”, suggesting the blaze was started deliberately.

The three dead men, according to Laurens, were aged 20 to 30, and were among five people who leapt from the windows of the burning 10-storey building, suggesting “total panic” at the sight of the burning stairwell.

Going by reports on the fire outbreak, there could have been a fight between Nigerian drug dealers over a deal gone bad, leading to the fire.

Some residents of the building narrated how the drug dealers and other criminal gangs have been making life difficult for them.

“The dealers terrify us. They have weapons. They stop us sleeping,” a 30-year-old Nigerian, Azeke Endurance, said.

“There is a notorious drug dealing point here and there are tensions between the residents and the traffickers,” police chief Frederique Camilleri said, while Laurens said price lists for different drugs were scrawled on the walls in the stairwell.