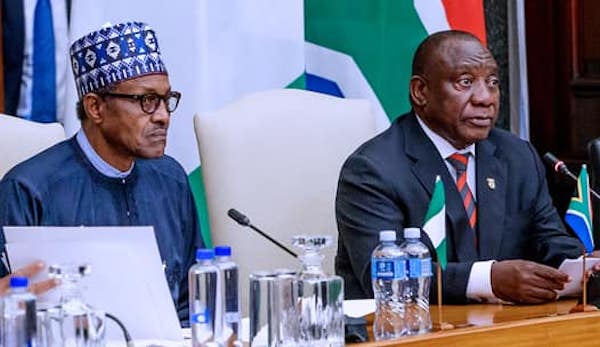 At least three Nigerians were among other foreigners who on Tuesday suffered from fresh xenophobic attacks in Witbank, Mpumanlaga Province, South Africa.

The fresh attacks came just a few days after President Muhammadu Buhari visited the former apartheid enclave to find a lasting solution to the frequent attacks on foreigners by South Africans.

The National Spokesperson of the Nigeria Union, South Africa, (NUSA), Mr. Odefa Ikele, who confirmed the Witbank attacks, said the crisis started in the early hours of Tuesday morning.

READ ALSO: Buhari in a hurry to create jobs for Nigerians —Oshiomhole

He said:“Groups made up of community members and taxi drivers went to different areas in Witbank attacking foreign-owned businesses and foreigners.

“Three Nigerians are injured, but no death case for now. Some of our nationals are seeking refuge at Witbank Police Station.”