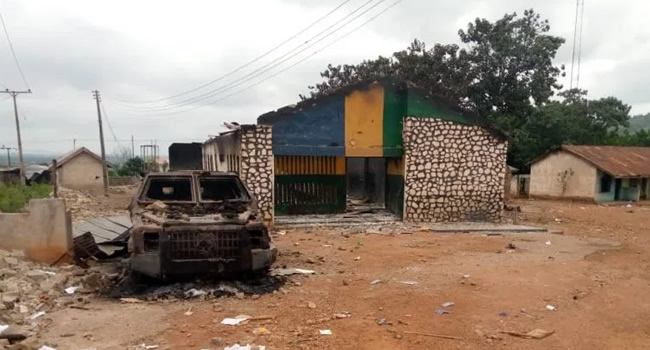 Eyewitnesses told journalists on Sunday the gunmen stormed the police station in a Toyota Sienna car and opened fire on police officers on duty.

The attack is the fourth on Akwa Ibom police facilities in the last two months.

The spokesman of the state police command, Odiko Macdon, confirmed the attack.

He, however, said no life was lost in the incident.

He said: “An attempt was made at our facility in Udung Uko local government area of Akwa Ibom State but our men repelled that attack. There was no casualty. The vigilance of our men on duty led to the foiling of the attack.

“Armed men came into the station in a Toyota Sienna car with an unknown number and opened fire. Our men replied them and they zoom off. The place has been fortified and investigation is ongoing.”

Why UTME candidates’ performance in 2021 was poor – JAMB

NDLEA confirms arrest of mother of 3 involved in drug trafficking