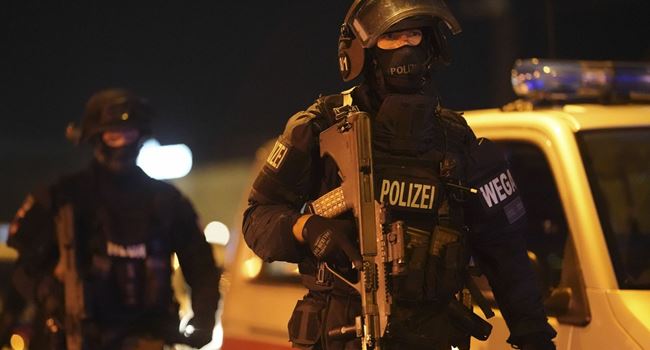 No fewer than three persons have been killed in six different locations by terrorists in Vienna, the Austrian capital.

The police in the European country said two males, and one female died while 15 others were “severally” injured including a police officer.

The attack began at about 8 p.m. on Monday, when several men armed with rifles opened fire, starting outside the city’s main synagogue, AlJazeera reports.

One of the suspected gunmen, identified as an Islamic State of Iraq and the Levant (ISIL or ISIS) group sympathiser, was shot dead by police who said they were searching for at least one more assailant still at large

He vowed that the police would deal with the perpetrators of the attack and that Austria would not bow to terrorism.

Related Topics:AustriaAustria terror attack
Up Next

Activist, Aisha Yesufu, laments over insecurity in Kaduna, says life has no value